DCC and the AWFUL 2GP ‘threat of THREATS’ 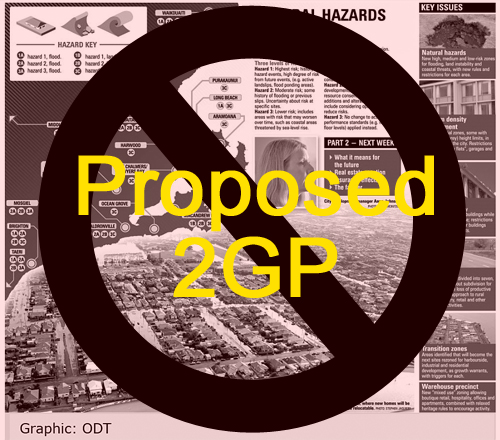 ### ODT Online Sat, 24 Oct 2015
Planning for the city’s future (Part I)
By Chris Morris
Property owners face new rules but the city’s heritage is in for a boost, as the Dunedin City Council pushes ahead with a new district plan for the city. Thousands of properties across Dunedin will be covered by new rules designed to protect against natural hazards. But, according to Dunedin Mayor Dave Cull, the city needs to face up to the threats. Doing nothing is not an option. […] The [proposed] plan has already ruffled feathers from the Taieri to the inner city, amid concerns about the impact on property prices, insurance premiums and future development plans.
Read more

█ The public has until November 24 to make submissions.

‘2GP’ feeds Cull’s fairytale of doom, with help from Coldplay

Coldplay Official Uploaded on May 27, 2011
Coldplay – In My Place (Google Play • iTunes)

38 responses to “DCC and the AWFUL 2GP ‘threat of THREATS’”