THE DEPLORABLE JOKE THAT IS LOCAL BODY GOVERNANCE AND MANAGEMENT AT DUNEDIN
…. wait for the soft audit review by Deloitte [watching paint dry]
…. DON’T meet or respond to the WHISTLEBLOWER in any capacity
…. be on the DEFENSIVE because you’re that Professional
…. DON’T for godsake issue ANY media release to Ratepayers and Residents on HOW TO STAY SAFE given the DANGEROUS and DEGRADED Aurora/Delta network —which can injure or kill.

It is true that whistleblower Richard Healey has contacted the Mayor of Dunedin to offer overview and discussion but the Mayor has NOT responded. 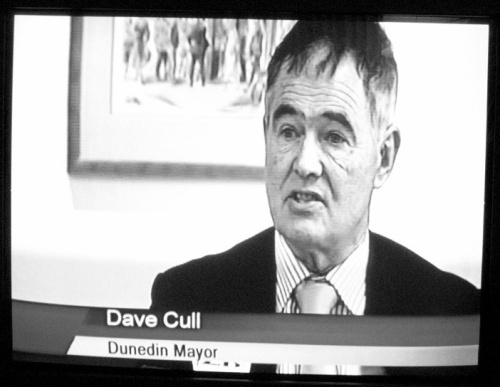 ### ODT Online Sat, 26 Nov 2016
DCC takes pole risk seriously, CEO says
By Vaughan Elder
The Dunedin City Council has denied being soft on Aurora Energy over the risk to the public caused by rotting poles. The Central Otago District Council (CODC) has been applauded by whistle-blower Richard Healey for asking a series of questions over the danger presented by compromised poles, but he has called on other councils in the region to take a tougher line.
….[DCC chief executive Sue Bidrose] disputed Mr Healey’s suggestion the council was more concerned about its role as owner of Aurora and Delta than health and safety.
Read more

The Public absolutely know Delta “is guilty of “spin” and trying to minimise the enormity of the issues it faces over safety and network maintenance”.

### ODT Online Sat, 26 Nov 2016
The questions we asked Delta/Aurora
Aurora Energy and its sister company Delta have had another rough couple of weeks as allegations they have mismanaged Dunedin and Central Otago’s power network continue to mount. The two companies regularly choose not to answer questions posed by the Otago Daily Times. Here are some of those questions, which chief executive Grady Cameron belatedly responded to yesterday.
Read more

ODT —Question 5. What is Delta’s response to the suggestion from two current staff that most people who work in the field support Richard Healey’s stance and think it is a good think (sic) he went public?
Mr Cameron: “The feedback I have received from our people in the field is that they welcome the increased investment being planned for the Aurora Energy network.”

That says it all.
No one on the Aurora/Delta executive or the Boards has -For Years- given a flying toss about YOUR Health and Safety —not while they’ve troughed, not while they’ve supported the DCHL regime to pay DCC unholy dividends.
We know The Guilty, can Name and Vilify Every Last One of Them.