Already there’s talk of a counter bid from Maori TV, with iwi support…

A government backed bid to trump Maori TV’s goal of screening the 2011 Rugby World Cup has sparked a bust-up in coalition relations between National and the Maori Party. Maori TV was the front runner to win the broadcasting rights to the 2011 event, however the government claimed 10% of the country would not be able to tune into the channel.
Read more + Video

Pay up and shut up…

Stop the Stadium’s latest notice to members is heavy on invective, with the organisation’s new president taking the opportunity to attack the New Zealand justice system following recent defeats in the courtroom.
Read more

Stop The Stadium, or perhaps a freshly named organisation, is not planning to back candidates in next year’s local government elections, its president Dave Witherow says.
Read more

Stadium Pic of the Day 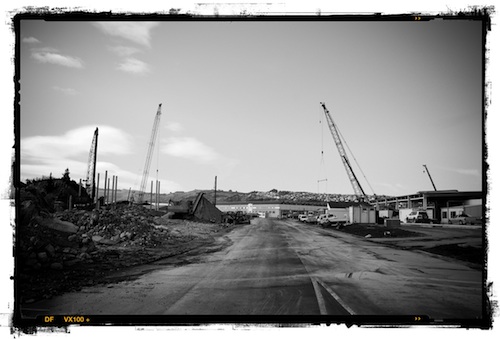