An institution. Great precinct and location for accommodation, what happened.
Enhance building performance, perfect for retrofitting and adaptive reuse. 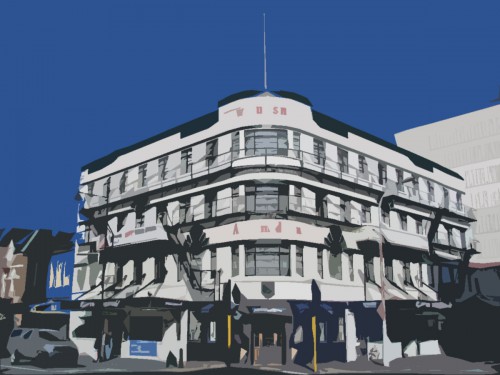 █ Wikipedia: Law Courts Hotel [edited]
‘One of the city’s most historic public houses and hostelries, the Law Courts Hotel, is located close to the Dunedin Law Courts (the courthouse) in Lower Stuart Street, in a large corner building with an Art Deco style facade (not the original frontage), directly opposite the Allied Press Building (the offices of the city’s main newspaper, the Otago Daily Times). Listed by Heritage New Zealand as a Category II historic place (List No: 2189). The prime location of this hotel near these two premises has greatly contributed to its history, as has its longevity (having originally been founded as the Auld Scotland Hotel in 1863).’ Link