In which Mayor Dave Cull invites further civic unrest on city streets, this time during the 2012 student orientation? Come to Dunedin, get off your face, we’ll provide the venue and the music – but come to think of it why don’t we supply the alcohol as well?! No wonder student fees are going up next year.
Parents, keep your kiddies north? 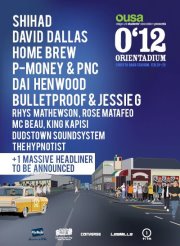 While Orientation events in the past have been organised mainly by OUSA, next year’s event has more of a collaborative buy-in from academic, civic and venue management partners. Mr Edgar was joined by University of Otago chief operating officer John Patrick, Dunedin Mayor Dave Cull and Dunedin Venues Management Ltd chief executive David Davies at the stadium yesterday.