[FUT] There will be an SAS inquiry 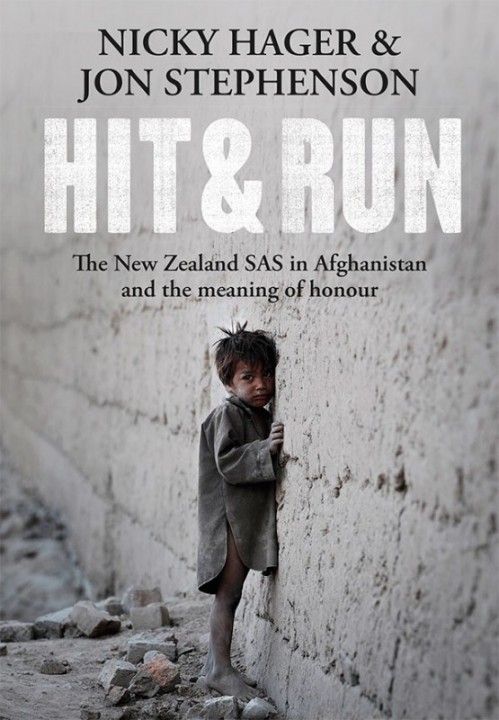 ### ODT Online Mon, 3 Apr 2017
No SAS inquiry: PM
There will not be an inquiry into allegations an SAS raid in Afghanistan led to civilian deaths. Prime Minister Bill English revealed that decision at his regular post-Cabinet press conference this afternoon, saying there was no basis for an inquiry. It came after formal advice from Chief of Defence Force, Lieutenant General Tim Keating. “After considering Mr Keating’s briefing…and viewing video footage of the operation I have included there is no basis for an inquiry.” Mr English said if new information changed this it would be reconsidered. He said the allegations had caused distress to NZDF staff and their families. […] Hit & Run by journalists Jon Stephenson and Nicky Hager claim six civilians were killed and 15 were injured in the 2010 raids in Afghanistan’s Baghlan province, and those facts have been covered up by the New Zealand Defence Force (NZDF).
Read more

### radionz.co.nz 4:17 pm today
From The Panel with Jim Mora
No inquiry into the Afghanistan SAS operation #
Are there gaps in the NZDF account of the SAS operation in the Hit & Run book?
Audio | Download: Ogg MP3 (6′57″)

### radionz.co.nz 8:35 am today
PM trusting military’s word ‘a joke’ – Hager
By Craig McCulloch, Political Reporter
Investigative journalist Nicky Hager has accused Prime Minister Bill English of joining “a seven-year cover-up” by refusing to hold an inquiry into a 2010 raid in Afghanistan. Mr Hager and Jon Stephenson’s book Hit & Run claims six civilians were killed in a raid on two Afghan villages involving New Zealand’s SAS in 2010. Mr English yesterday ruled out an inquiry after being briefed by the Chief of Defence, Lieutenant General Tim Keating, and watching video footage of the operation shot by some of the aircraft involved. But Mr Hager said it was “a joke” for Mr English to trust the military’s word. “These are the people who are in trouble, so of course they don’t want an inquiry … No experienced minister should fall for that.”
Read more

### radionz.co.nz 12:39 pm on 3 April 2017
RNZ News
Soldiers’ honour hinges on inquiry – Transparency International
By Jane Patterson, RNZ Political Editor
A global anti-corruption group has added its voice to calls for an inquiry into allegations in the book Hit & Run, relating to raids on a Afghan village in 2010. The book alleges several civilians – including a three-year-old – were either killed or injured in the raid, which involved New Zealand special forces. The Defence Force has confirmed Operation Burnham took place on 22 August 2010, that New Zealand had a leading role, and there were fatalities that could have included civilians. However, it said the troops followed rules of engagement and the only people they could definitively say were killed were insurgents. Along with some parties and the book’s authors, Transparency International New Zealand chief executive Janine McGruddy wants an inquiry.
Read more

█ The New Zealand Special Air Service was formed on 7 July 1955 and is the special forces unit of the New Zealand Army, closely modelled on the British Special Air Service (SAS). It traces its origins to the Second World War and the famous Long Range Desert Group that a number of New Zealanders served with. The New Zealand Government states that NZSAS is the “premier combat unit of the New Zealand Defence Force” and it has been operationally deployed to a variety of locations, including the jungles of South-East Asia, the Pacific region and Afghanistan. The NZSAS was accorded Regimental status in 2013 and presently has the responsibility of conducting domestic Counter-Terrorism operations and international on request, overseas Special Operations missions and performing the disposal of chemical, biological, radiological, nuclear and explosive hazards for both the military and civilian authorities. #

Disappointing to see the Govt & NZDF getting away with addressing only #HitandRunNZ's civilian deaths & not other issues raised in the book.

Another map of Afghanistan – circa 2010 in today's @nzherald #HitandRunNZ pic.twitter.com/rjnaDHMdLH

.@PeterDunneMP says he doesn't want a witch hunt, but an inquiry into SAS is vital after #HitandRunNZ claims https://t.co/VYIpGQZVUt pic.twitter.com/ecFBFfJmNs

Must listen this Sunday folks! @wallacelchapman quick off the mark with #HitandRunNZ co-author Jon Stephenson. https://t.co/jdpYAMFRhg

### radionz.co.nz 8:35 am on 26 March 2017
From Sunday Morning with Wallace Chapman
Jon Stephenson – Hit and Run #
Co-author of the book, Hit and Run, Jon Stephenson, joins Wallace to talk about what he and Nicky Hager uncovered in their book and why there needs to be an official enquiry into what happened in Afghanistan.
Audio | Download: Ogg MP3 (19′36″)

### radionz.co.nz 8:11 am on Wed 22 Mar 2017
From Morning Report with Guy Espiner
Blanket denial made about claims SAS soldiers killed civilians #
Journalist Jon Stephenson says SAS soldiers involved in a botched raid in Afghanistan have told him and fellow writer Nicky Hager that lies were told to cover up the fact civilians were killed.
Audio | Download: Ogg MP3 (8′56″)

Steven Joyce to the National Party
RE: Hold on with the Hager responses please#nzpol #satire #hitandrunNZhttps://t.co/zDGx7i2GTw pic.twitter.com/hP7krk5r4k

COOL! Published on Mar 25, 2017
Sia – Blank Page ft. Christina Aguilera (Mashup)
“Blank Page” is a song recorded by American singer-songwriter Christina Aguilera, taken from her seventh studio album, Lotus (2012). It was written by Aguilera, Chris Braide and Sia Furler, with production done by Braide. Aguilera had worked with Furler on her previous two albums Bionic and Burlesque, both released in 2010.