WHERE ARE THE PERMANENT JOBS, DUNEDIN

Real estate across the city is suddenly booming for the first time since 2007.

### radionz.co.nz 8:05 am on 18 March 2016
Is Dunedin out of the doldrums?
By Ian Telfer – Otago reporter
Dunedin has been economically stagnant so long that no-one is brave enough to declare the gloomy times over. But all the signs say it is out of the economic doldrums it has been in for 10 years.
The city is enjoying booms in real estate, tourism and niche technology industries such as video gaming. A report from economic monitoring company BERL shows 1770 new jobs have been created in the city in the past two years and Dunedin’s economy is now growing at 1.3 percent a year per capita.
[…] An example of the city’s turnaround is Highland Park in Mosgiel, Dunedin’s first major housing subdivision in many years. Today, 100 tradespeople are on site, building 25 homes.
The subdivision’s developer Syd Brown said they set themselves a decade to sell 225 sections, but the demand is so strong they are two-thirds sold and three years ahead of schedule. “It’s racing ahead for us. Sometimes you wake up in the morning and think ‘is this real?’, but that’s the market at the moment, and the demand is here,” Mr Brown said. Mr Brown said 60 percent of the people buying were from out of town, mainly from Christchurch and other South Island locations, such as Ashburton and Timaru.
Read more

QUESTIONS : What did Syd Brown have to do to convert rural zoned land to residential zoned land ? How did a position on council enable zone changes, new roading and infrastructure services to benefit these properties ?

Highland Park is an exciting new community located in the heart of the Taieri and is set to redefine living standards in the Otago region. Seamless integration with Mosgiel’s rich Scottish tradition, Highland Park properties express qualities of modern urban living right on the doorstep of Dunedin city. With a high level of amenities and land and home packages to suit all, Highland Park offers a unique lifestyle defined by openness, green spaces, and a nurtured sense of community.

All section packages are designed to take the hassle and stress out of building a new home. Every section with Highland includes:
• Quality Timber Fences
• Professionally Installed Vehicular Crossings
• Storm Water Discharge Connections
• All Services To The Boundary … Including Fibre
Sections are priced with services as above and with flexible land and home packages available to suit all lifestyles, there has never been a better time to move out to the Taieri. 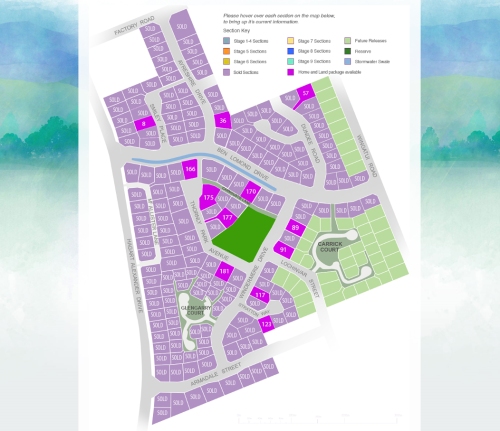