### ODT Online Wed, 7 Sep 2016
Claim about coffee cup lid incorrect
By Vaughan Elder
A Dunedin City Council staff member has admitted being incorrect when she said coffee cup lids being sold as compostable could not be composted in New Zealand. Council waste manager Catherine Irvine said the polylactide (PLA) disposable coffee cup lids still presented as an issue as there were no facilities in Dunedin and many other parts of New Zealand where they could be composted. However, her claim no facilities in New Zealand could compost them was incorrect and since a report in the Otago Daily Times on Saturday, she had been contacted by Wellington City Council saying it had a contractor which had begun composting the lids using a special additive. Read more

### ODT Online Sun, 4 Sep 2016
Coffee cup lids not compostable in NZ
By Vaughan Elder
Dunedin cafes buying so-called compostable coffee cups are being “misled”, in what could be a breach of the Fair Trading Act. Dunedin City Council waste manager Catherine Irvine said polylactide (PLA) disposable coffee cup lids were being sold as compostable when there were no facilities in New Zealand capable of composting them. As a result, well-meaning cafes in Dunedin and across New Zealand were paying a premium for the lids in an attempt to “do the right thing” when they could not even be recycled, Ms Irvine said.
Read more 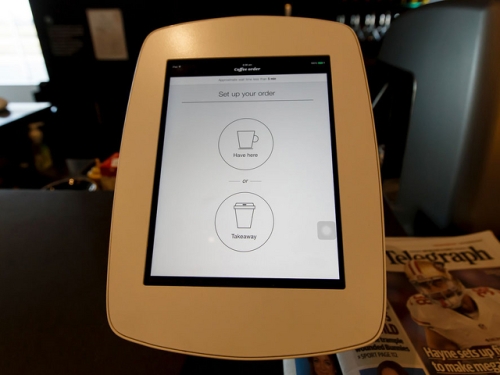 ### Australian Business Traveller 10 Feb 2016
Air New Zealand’s coffee app hits one million cups, and counting
By David Flynn
We’re probably not alone in putting ‘good coffee’ rather high on the list of what makes a great airport lounge, and we love that Air New Zealand’s clever coffee app makes it easier to enjoy your chosen brew. Plenty of NZ passengers do, too – the app has logged over one million orders since it went live in August 2014. And using an app to streamline the process of ordering a cuppa in the lounge is a typically Air New Zealand thing.
Travellers in Air New Zealand lounges can order a coffee straight from their smartphone or even Apple Watch using the airline’s app, with an iPad located near the barista station offering the same functionality.
Here’s a walkthrough of how it works. Sidle up to the barista bar and tap to get started: note that the app also advises how long the current wait is….
Read more

### stuff.co.nz Last updated 05:00 22/05/2011
$1b prize plan for NZ’s future
By Rob O’Neill – Sunday Star Times
The Government is being urged to invest in new strategies to lift the country out of the economic mire, with one successful entrepreneur suggesting it invest $1 billion in future energy technologies through an audacious prize.
New Zealand needs to build a country around the promises of tomorrow, not the legacies of yesterday, Hyperfactory founder Derek Handley told expatriate Kiwis in New York last week as the government announced the partial sale of many state-owned energy assets.

Handley said $1b is less than a tenth of what the current government has committed to infrastructure projects in the next few years and about the same amount spent bailing out South Canterbury Finance investors. It is also “about twice as much as the amount we hope to lose by hosting the Rugby World Cup”, he said and about the same as our bill for six weeks of imported oil.

Dunedin residents have until tomorrow to comment on the city’s new waste and recycling system. But, as the deadline approaches, some important new ideas are already beginning to take shape, as Chris Morris reports.
Read more

The Dunedin City Council is consulting the public on its preferred option for a proposed new kerbside rubbish and recycling collection system.

Go to the DCC website to have your say online.

Making money from resources once destined for the landfill is at the heart of Doug Hall’s business. As owner of Hall Bros Transport Ltd, a Dunedin-based company, he is a strong believer in the efficiency of recycling and reusing construction waste.
Read more

Doug Hall is responsible for recycling demolition material from the stadium site in Aotea Street. Recently, CST chairman Malcolm Farry said that at one stage they were achieving 90% recycling. Channel 9 Video Link