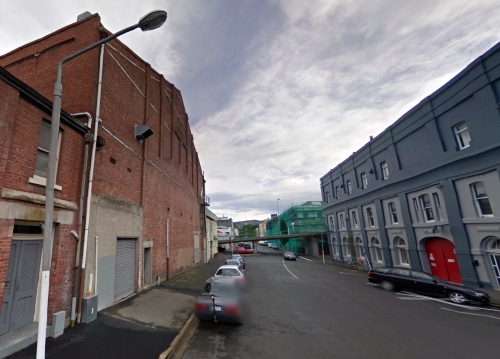 A colleague and I decided to go to the ‘street’ kitchen on Sunday afternoon. We parked in front of the back doors to Sammy’s. At the kitchen we ordered tea and coffee and talked for a couple of hours. In that time someone unseen by us siphoned off about half of what remained in the petrol tank of my companion’s specially modified vehicle. Whoever did the job didn’t put the fuel flap down carefully before exit.

Naturally, some dusting to do…. was it an opportunistic one-off, or ?

We shall see. A few weird things going on lately. The driver and owner of the vehicle has only had it for about 6 days; they’re monitoring fuel consumption as well as other things in their daily life quite carefully just now.

Then too, there’s someone acting weirdly about town, who has an expired licence (not talking driver’s licence). Check this out at the Justice website. They coffee at Marbecks (Wall Street mall) despite protestations they do not.

Just putting it out there.