That guy sitting on his pedestal in the upper Octagon (you know, him wearing all that seagull crap) must be quietly wondering what is going on in this Edinburgh of the south.

DCC’s Daaave at university bollard, in his twilight

Did we pay for the posters. What do they solve.
Who actually wants to back the Chorus monopoly?!

Gigatown “I can’t think of another single thing that would make as big a difference to the Dunedin economy as winning this.” –Sue Bidrose

### ODT Online Wed, 8 Oct 2014
Gigatowns in final sprint
By Chris Morris and Lucy Ibbotson
Dunedin and Wanaka are rallying their online troops as the race to become the southern hemisphere’s first “gigacity” enters the home straight. In Dunedin, city council chief executive Dr Sue Bidrose said a win on November 26, when final Gigatown results are announced, would be “transformational” for the city. Chorus says its Gigatown competition is a way to help educate and inspire New Zealanders about the possibilities opened up by ultra-fast broadband.
The Chorus competition will see one of five finalists – the others are Timaru, Gisborne and Nelson – become the first to receive full access to one gigabit per second (1Gbs) internet speeds. The five finalists are also preparing for the next stage of the competition – a trip to the United States city of Chattanooga, Tennesse, next week. Dunedin will be represented in Chattanooga by Dr Bidrose and Gigatown Dunedin campaign organiser Josh Jenkins.
Read more 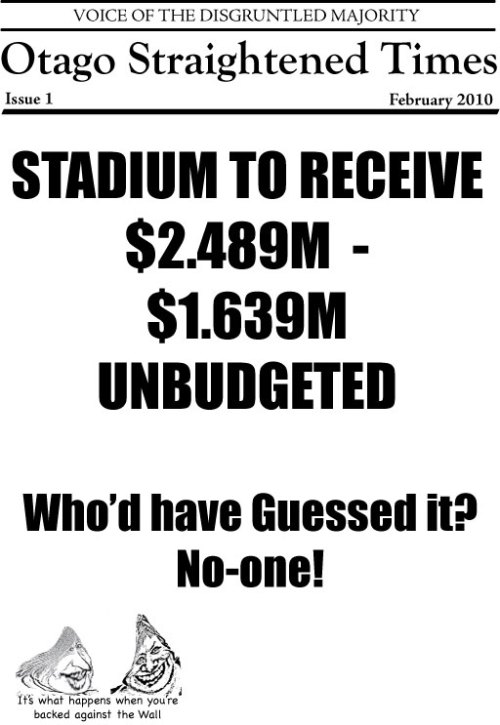