### dezeen.com 2 July 2015 at 1:45 pm
Josep Ferrando slots a skinny house between two existing properties in Spain
By Jessica Mairs | Photography by Adrià Goula
Concealed behind a historic facade, this narrow residence by Barcelona architect Josep Ferrando is wedged between the party walls of a pair of houses in the Spanish city of Sant Cugat. The 225-square-metre residence fills a gap measuring less than six metres wide between two existing buildings in Sant Cugat – a town north of Barcelona that is also home to a picturesque Medieval monastery, an architecture school and a chocolate factory. The proximity to Barcelona and the surrounding Catalonian countryside makes Sant Cugat a popular location, resulting in a dearth of land in the town centre. This led Ferrando to squeeze the family home behind the facade of an old row house, right up against the walls of its two neighbours. 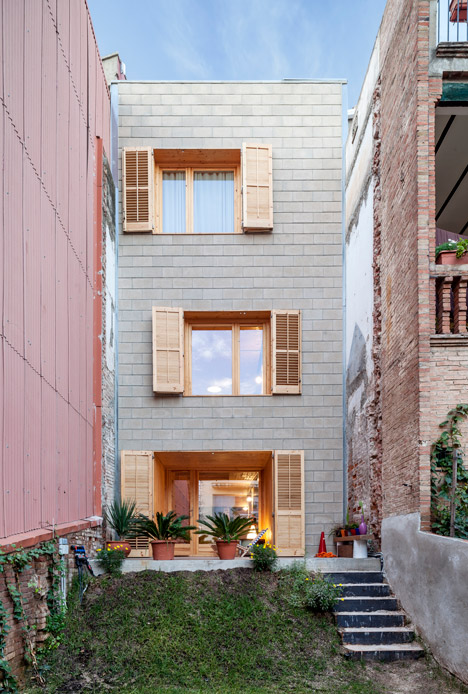 Entitled 176 House E+M after the names of the clients, the residence sits opposite the town’s Medieval monastery. The historic facade of the original property was preserved, and the new concrete block was built behind. Due to a drop in ground level across the site, the living room is sunk below ground at the front but sits slightly above a garden at the back. An atrium area with the living room provides an additional source of daylight for the kitchen and dining area above. Three house-shaped volumes made from chipboard are suspended within the upper floors of the narrow building. These timber pods enclose a child’s bedroom, the family bathroom and a study that links with a roof terrace overlooking the garden. A pivoting flap opens or closes the child’s bedroom to the atrium, offering views over the kitchen.
Read more 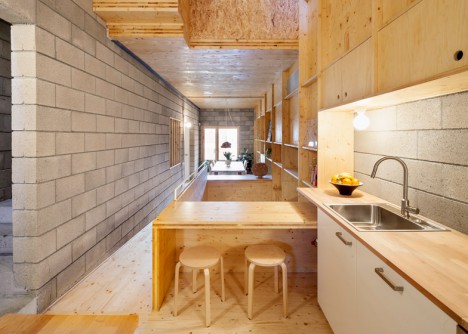 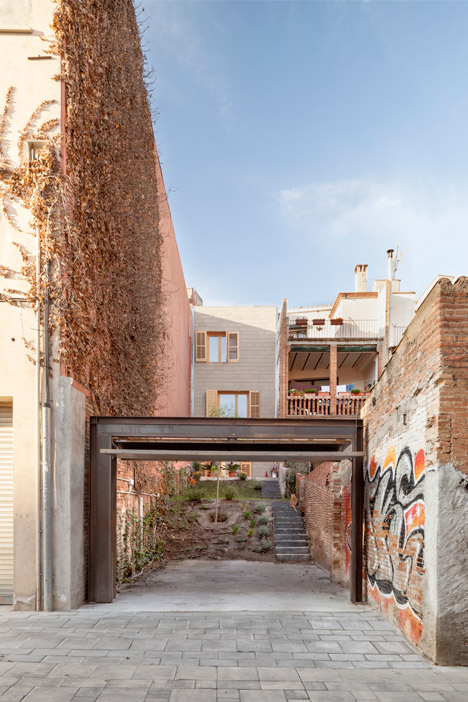 ### dezeen.com 6 July 2015 at 1:46 pm
Beyoncé-inspired skyscraper to be built in Melbourne
By Amy Frearson
Australian firm Elenberg Fraser has won planning approval for a 226-metre-high Melbourne skyscraper that will feature a curvaceous form taken from a music video by Beyoncé (+ slideshow). The new Premiere Tower at 134 Spencer Street will boast a series of curves and bulges designed to make it as structurally efficient as possible, but that also reference one of Beyoncé’s music videos.

The shape is an homage to the undulating fabric-wrapped bodies of dancers in the singer’s music video for Ghost – a song from her self-titled 2013 album, which was originally published as one half of track called Haunted but released as a stand-alone music video. “For those more on the art than science side, we will reveal that the form does pay homage to something more aesthetic – we’re going to trust you’ve seen the music video for Beyoncé’s Ghost,” said the Melbourne-based studio.

The 68-storey structure, which was approved by planning officials in May, will be located at the west end of the city’s central business district. It will contain 660 apartments, as well as a 160-room hotel. Parametric modelling – a type of computer-aided design that allows complex shapes to be created in response to data constraints – was used to develop the unique form, which will swell in and out at various points around the facade.
Read more 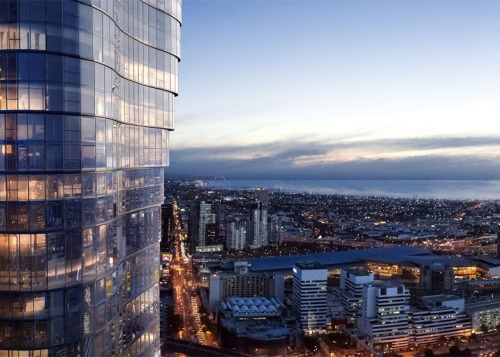 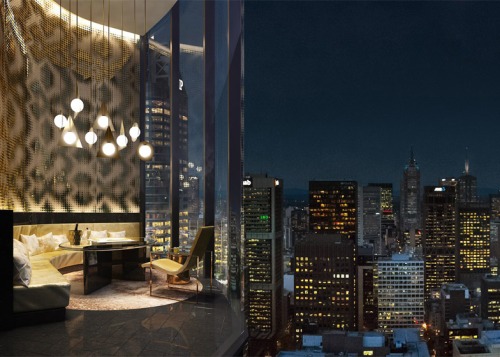 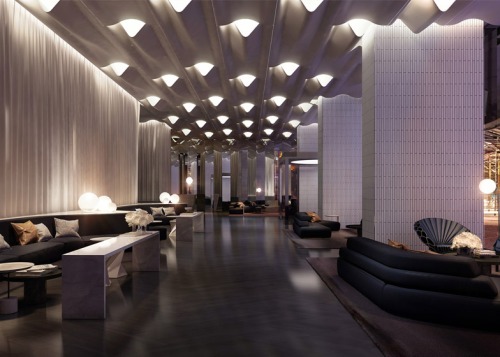 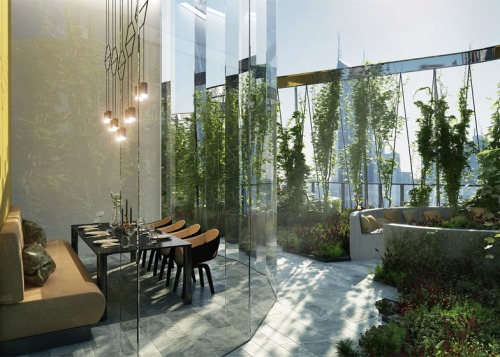