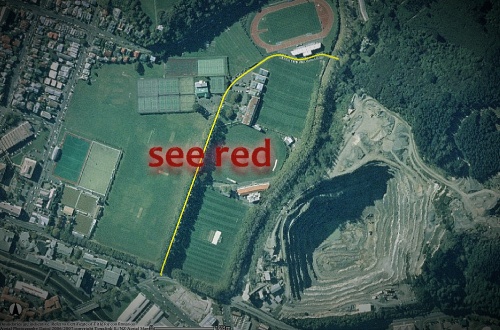 Twelve Ontario poplars in Logan Park Dr between the entrance to the University Oval and the Logan Park tennis courts are to be removed. No consent was required to fell the trees because they were considered to be a shelter belt.

### ODT Online Sat, 13 Sep 2014
Logan Park tree removal sparks anger
By Debbie Porteous
As the chop looms, plans to remove 12 established poplars in Logan Park Dr have fired up Dunedin residents, some of whom say the decision appears to be out of the blue and even “horrifying”. But the Dunedin City Council says the removal of the trees, which will come down next week, is part of a 2007 plan to redevelop Logan Park. This included the eventual removal, and partial replacement, of the entire avenue of poplars. […] Concerns aired range from a loss of ambience, to whether the options had been fully canvassed, to giving in to sporting codes’ demands and confusion about process.
Read more

### ODT Online Tue, 9 Sep 2014
University Oval poplars to be removed
By Debbie Porteous
Twelve trees that threatened the future of international cricket fixtures in Dunedin will be removed next week. The Otago Cricket Association has pushed for the trees on Logan Park Dr to be removed for several years, but the Dunedin City Council, which has been deferring the trees’ removal because of the cost, says its decision to bring the work forward is not purely the result of cricket’s demands. The Ontario poplars were originally scheduled for removal as part of the redevelopment of Logan Park.
Read more

█ Comment from UglyBob (@UglyBobNZ)
Submitted on 2014/09/14 at 2:14 pm
What about Otago Cricket’s annual plan request around closing the road, making a grass embankment where the trees are now and installing lights. This is strangely absent from all talk about the removal of the poplars.