The ironies are Most Apparent.

The Otago Regional Council contributed $30m to the stadium roof (an activity beyond its local authority mandate), yet the council has no intention of helping the Otago Yacht Club to maintain the city’s marina, the Otago Boat Harbour. 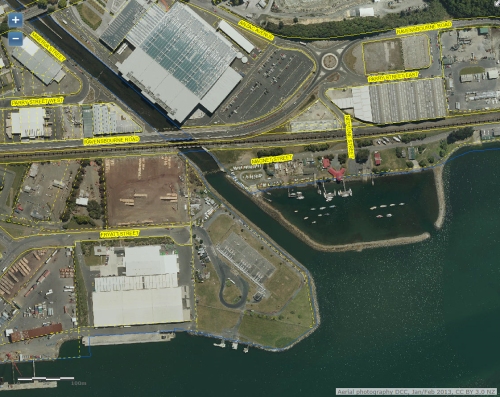 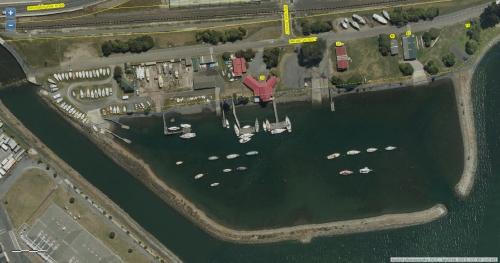 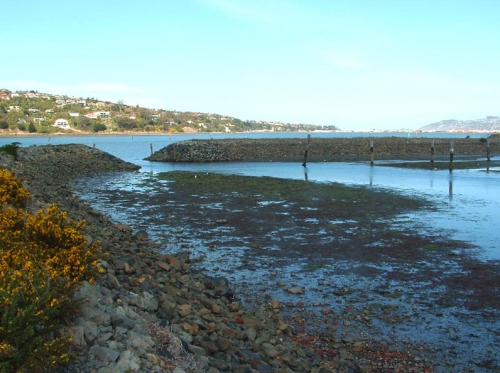 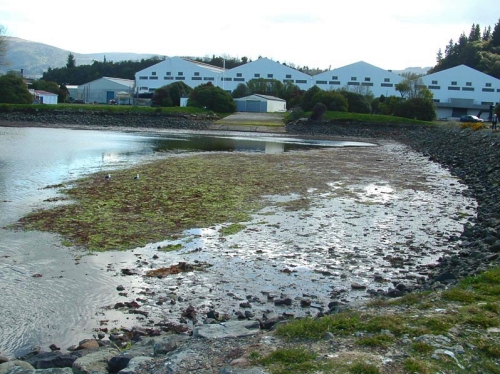 Otago Yacht Club’s origin dates back to 1892, making it one of the oldest yacht clubs in Otago. The club caters for a range of sailing interests from keelboats to trailer yachts and centreboarders. The club also operates keeler haul-out facilities and welcomes visiting boats. The club manages a full events programme during summer, including harbour, coastal and ocean races. On Sunday mornings in the season the club runs ‘learn to sail’ and ‘learn to race’ programmes which cater for all ages. The clubhouse is a popular venue for private functions and for local organisations to hold meetings and events. Within walking distance of the city centre, the clubhouse offers showers, laundry facilities, email connections etc. The resident caretaker-manager will usually manage to accommodate requests for berthage for boats up to 50 feet. The alongside mooring facilities consist of several large punts inside a walled boat harbour. Due to silting, access to the boat harbour has only been tenable approximately two hours either side of high tide for boats with 2m draft. The Otago boat harbour was last dredged in 1995.
Source: otagoyachtclub.org.nz 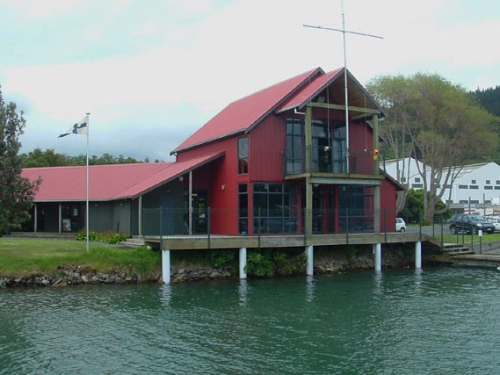 ### ODT Online Thu, 20 Apr 2017
Club gets go-ahead to dredge boat harbour
By David Loughrey
The Otago Boat Harbour is about to get its first dredging in more than 20 years, after the facility reached such a state rescue vessels could not leave the harbour at low tide. The work, expected to start soon, has been described as a major achievement by the Otago Yacht Club, which leases the boat harbour. Club vice-commodore Blair McNab said the cost of the project – more than $300,000 – was being paid for from grants and club membership fees. […] The club recently received resource consent from the Dunedin City Council for the work. The consent allowed the club to deposit dredged sediment and soil on land in Magnet St, behind the club, for drying. Mr McNab said once the dredged material had been dried, which took about two weeks, it would be taken to the nearby Logan Point quarry. The consent said once the work was completed, about 100cu m would remain on the grass area at Magnet St to form a barrier around its perimeter, and provide better drainage. The consent decision said the boat harbour was in such a state that at low tide, craft used for harbour rescues could not get out. […] The club had hoped the Otago Regional Council might help with the cost of the dredging, as alterations to the Water of Leith meant more spoil was coming from the nearby mouth of the stream. Mr McNab said it appeared the council was not going to help.
Read more 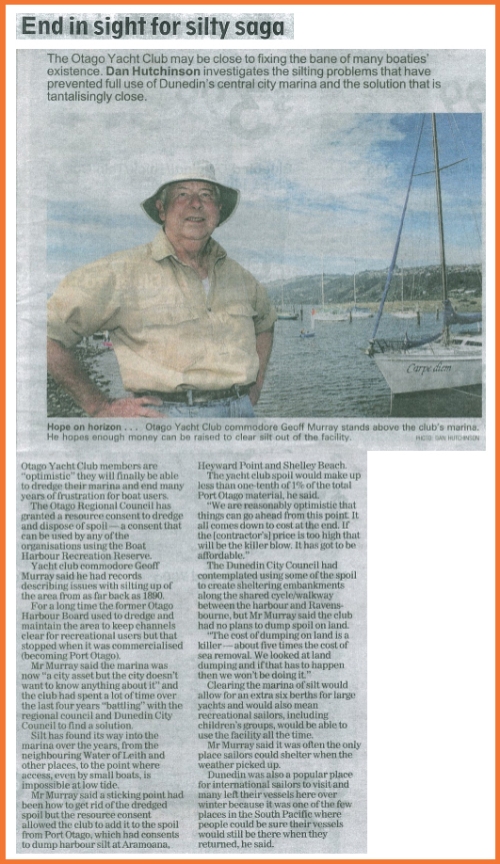 ### ODT Online Tue, 18 Apr 2017
Review needed in lieu of proper consultation
By Gerrard Eckhoff
The Otago Regional Council’s annual plan is now open for public consultation. Implicit in the word consultation is the opening of a meaningful dialogue with the public. It would be entirely disingenuous for any local authority to enter into discussion on their annual plan by merely informing the public of council intent without showing a willingness to accept “the wisdom of crowds”.
….This year’s ORC annual plan contains four lines on “Dunedin building review” in its feedback document which could easily be missed at first reading. To its credit, the council has finally accepted its statutory obligation for “special consultation” on this $30million major project.
….The last time the council ventured forth on a new building project without any prior special consultation, it cost the ratepayers upwards of $3million for the concept design and drawings alone. The cost of that proposal was well over $30million and it was never built. It is, therefore, hard to reconcile how the new building/s is going to be around the projected $20million mark, unless building costs have halved in Dunedin from eight years or so ago. The potential cost of a new car park building must also be factored in, so the ratepayers could soon be the lucky owners of two new buildings, as well as a difficult-to-sell ORC headquarters building in Stafford St.
Read more 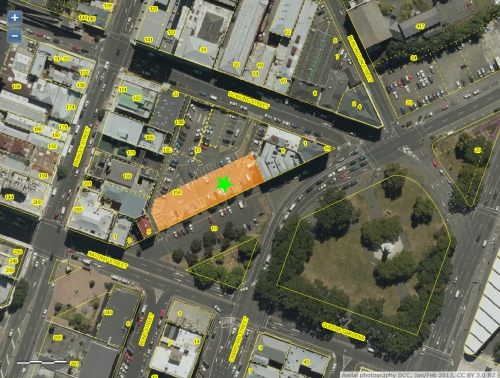 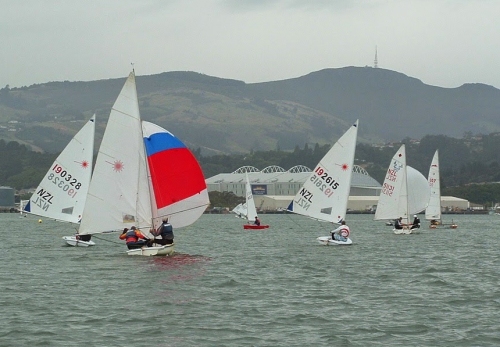 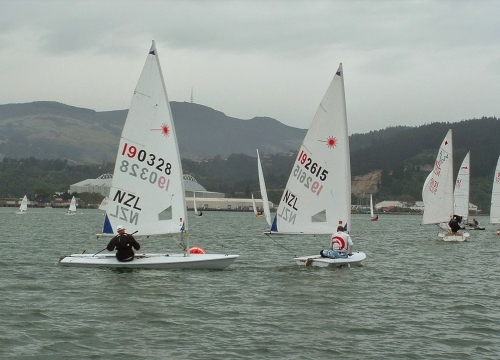 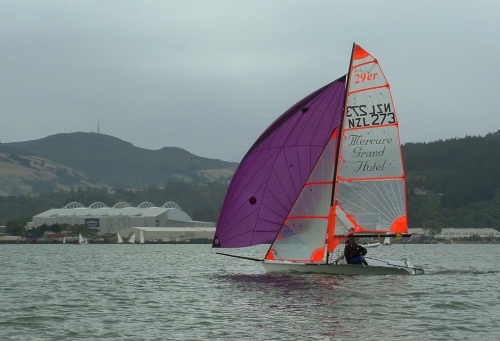 The core business of the Otago Regional Council is environmental protection, not real estate investment. –Eckhoff

### ODT Online Tue, 21 Jun 2016
Environmental cost to building
By Gerrard Eckhoff
OPINION The decision the Otago Regional Council will have to make on a new administration block sometimes means deciding on the lesser evil. Whatever the decision, councils don’t get much thanks for avoiding one bad choice in favour of another. The option of leasing space in an existing building, thereby leaving a large amount of capital free for the ORC’s primary environmental functions, has been summarily dismissed by the chairman of the ORC. This is despite matters of “significant investment” (such as a new building) requiring special consultation with our ratepayers, who will in turn expect that their or any suggestion will not be so easily dismissed. […] The ORC’s failure to understand that environmental inaction simply transfers cost from this generation to the next and with a multiplier effect is inexcusable. What price must environmental imperatives pay for a new building? That is the real question the ORC must ask of itself.
Read more

● Gerrard Eckhoff, of Central Otago, is an Otago regional councillor.

Go to Part C Item 7 (pages 68-70)
Report: ORC Head Office Accommodation Update. DCS, 16/6/16
The report provides an update on the Council and staff workshops held to help inform the next stage of the project.

Election year. This post is offered in the public interest. 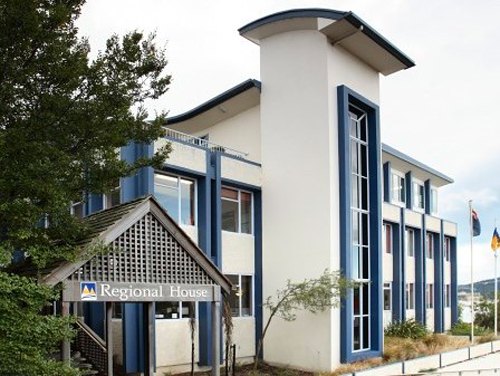 █ Should ORC be made to stay at its current Stafford St site for greater efficiency and cost saving ?

whatifdunedin says:
● Is new officing needed for ORC ? —Not clear.
● Is officing for ORC a worthy use of the prime site to Queens Gardens ? —NO, definitely not.
● Has there been full diligence around the building and site options available at Dunedin ? —Instant laughter. Look at the options listed at ODT, really ? That list has been utterly contrived for ONE set outcome, no more and no less.
● This “ORC Quest” (paraded as diligence for All councillors’ consideration) is empire building by a small rough set bunch of local body bureaucrats and their nest-feathering consultant-buddies with construction industry connections to particular councillors who should know better than not to declare their strong conflicts of interest, right now.

In the Otago Daily Times, developer and heritage building owner Russell Lund writes: “Public scrutiny is required to ensure the most efficient solution is found for the ORC’s new Dunedin building”. He goes on to detail that the regional council “does not have a good track record of project control in relation to its previous attempt to build”.

Wed, 8 June 2016
ODT: Where to now for ORC and its desire for new headquarters?
By Russell Lund
OPINION The Otago Regional Council wants a new facility, in all likelihood a new building, that it owns. When the ORC last attempted to build a new headquarters in 2008, the cost was about $38million … the most expensive office buildings ever constructed in New Zealand to cater for 105 staff … The 2008 building had a floor area of 5600sq m. This equates to 53sq m a staff member, when the recently completed ECan HQ building in Christchurch has just 17sq m a staff member. Cr Kempton, who has been on the new building working party since 2011, will be aware of the cost and size of the ECan building as his company, Naylor Love, built it.
Read more

Thu, 9 Jun 2016
ODT: ORC considers Dowling St HQ
After a decade of controversy and delays, an Otago Regional Council committee yesterday recommended a car park in Dowling St, Dunedin, as the preferred site for the council’s new head office. […] The ORC wants a 3000sq m building, either new or redeveloped, with at least 60 car parks, and including a 240sq m council chamber. Its preferred option is now to build a two-storey building on the Dunedin City Council-owned Dowling St car park. It is understood a considerable part of the car park, at 15 Dowling St, would not be required for the proposed development, and could remain as parking.
Read more 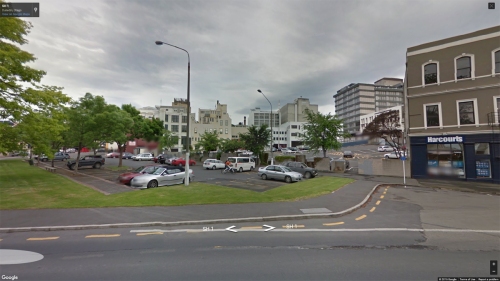 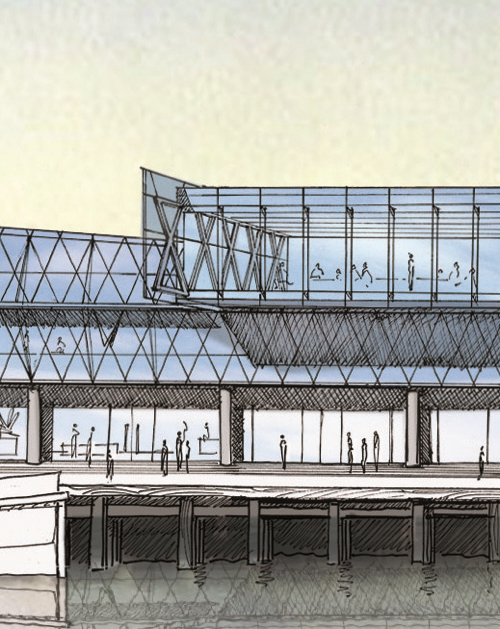 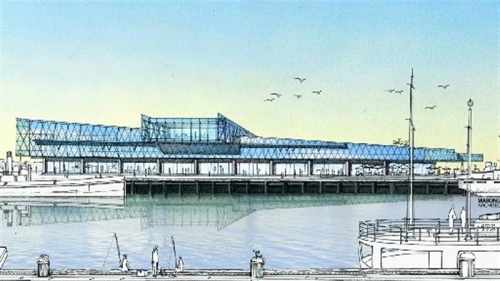 ### ODT Online Sat, 11 Aug 2012
Editorial: High price for convenience
Many people will shake their heads in disquiet about the Otago Regional Council’s decision to spend nearly $1 million building a temporary council chamber in its Stafford St car park. Perhaps the councillors and chief executive know something we do not, but it seems poor use of precious ratepayer money when the primary reason appears to be convenience.

It is always important that councillors remember they are serving ratepayers and residents of the region, and that they should do so with a minimum of fuss or ostentation. At the same time, it should be acknowledged that, although there are calls for the council to be disestablished or merged into unitary authorities, it does have significant roles. 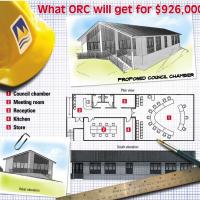 ### weburbanist.com 26 May 2008
Architecture & Design
10 Clever Architectural Creations Using Cargo Containers: Shipping Container Homes and Offices
By Urbanist
With the green theme growing in popularity across every stretch of the world, more and more people are turning to cargo container homes for green alternatives for office, and even new home, construction. There are countless numbers of empty, unused shipping containers around the world just sitting on the shipping docks and taking up space. The reason for this is that it’s too expensive for a country to ship empty containers back to the their origin in most cases, it’s just cheaper to buy new containers from Asia. The result is an extremely high surplus of empty shipping containers that are just waiting to become someone’s home or office.
Read more 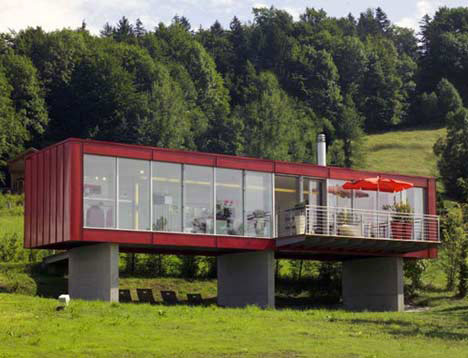 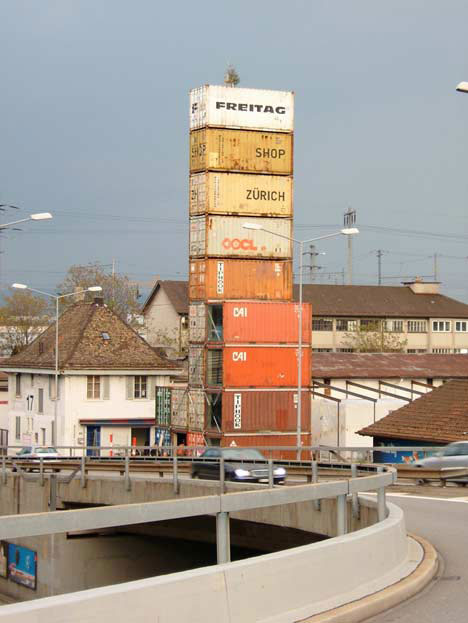 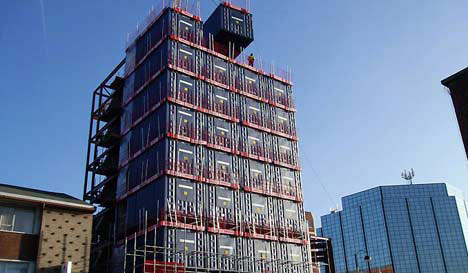 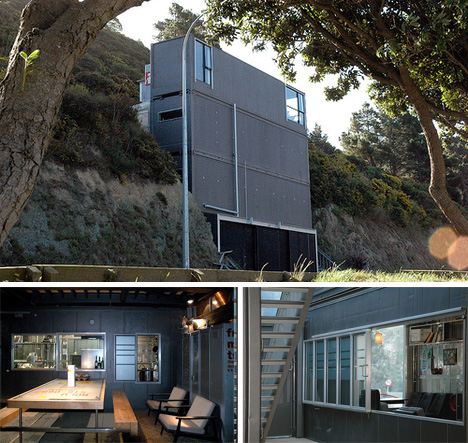 The grey-coloured cliffside house at Happy Valley (pictured above) was Wellington’s first container house. It was designed by Ross Stevens, one of New Zealand’s leading industrial designers. Stevens is a senior lecturer at the School of Design, Victoria University.