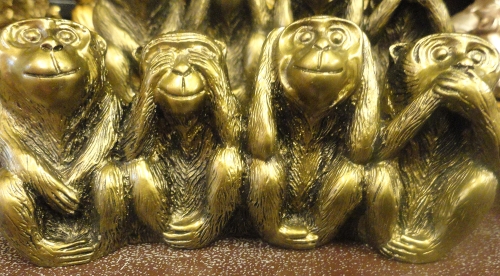 Message: “Clever” monkey Cull would have to be the one on the left smiling and staring blankly into space. At least the other monkeys know something is wrong! An apt Dunedin variation on “see no evil, hear no evil, speak no evil”. Maybe a new logo for Greater Dunedin?
[ends]