John Key PM —real or fake? and one email

### 3news.co.nz Monday 15 Sep 2014 2:51 p.m.
Dotcom’s bombshell revealed – reports
By Simon Wong, Online Reporter
The New Zealand Herald reports Dotcom’s bombshell evidence is an email from October 27, 2010 and is alleged to be from Warner Brothers chairman and chief executive Kevin Tsujihara to Michael Ellis, a senior executive at the Motion Picture Association of America (MPAA) which lobbies for Hollywood studios. The email reads:

“We had a really good meeting with the Prime Minister. He’s a fan and we’re getting what we came for. Your groundwork in New Zealand is paying off. I see strong support for our anti-piracy effort. John Key told me in private that they are granting Dotcom residency despite pushback from officials about his criminal past. His AG will do everything in his power to assist us with our case. VIP treatment and then a one-way ticket to Virginia.
This is a game changer. The DOJ is against the Hong Kong option. No confidence in the Chinese. Great job.” 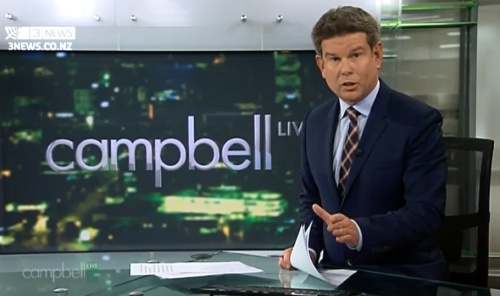 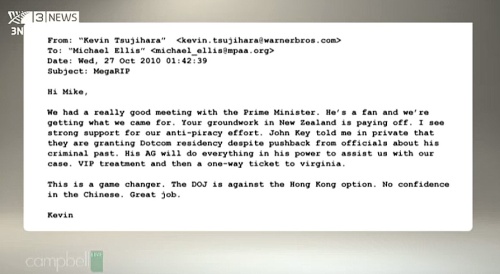 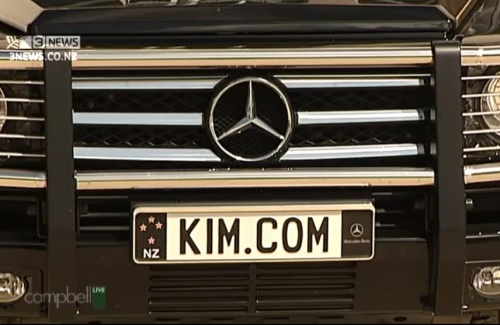 The Moment of Truth

On the National-led Government of New Zealand: “You’re dealing with a government that has systemic issues of political corruption.” –Bob Amsterdam, Dotcom’s lawyer (TV1’s Q+A)

Related Post and Comments:
2.9.14 John Key PM, plus and minus