Taylor Swift —Out of the Woods #NZ

TaylorSwiftVEVO Published on Dec 31, 2015
Taylor Swift – Out Of The Woods
The new video “Out of the Woods” is off Taylor’s multi-platinum release 1989.

Out of the Woods Lyrics
Songwriters: Jack Antonoff, Taylor Swift

Looking at it now, it all seems so simple
We were lying on your couch, I remember
You took a Polaroid of us
Then discovered (then discovered)
The rest of the world was black and white
But we were in screaming colour
And I remember thinking

Looking at it now, last December
We were built to fall apart, then fall back together…..

### NZ herald Online 5:16 PM Friday Jan 1, 2016
Sources: nzherald.co.nz and Daily Mail
Do you recognise the location? Taylor Swift releases New Zealand-filmed video for song ‘Out of the Woods’
Popstar Taylor Swift has released her latest video clip featuring our very own New Zealand sand, sea and possibly even some mountains. The clip, to the singer’s latest single Out Of The Woods, was filmed here in November and was released today. It opens with a shot of Auckland’s Bethells Beach. […] Out of the Woods is widely thought to be about her past romance with One Direction band member, Harry Styles.
Read more

Oh yeah, I’m here for you
And when you feel you’ve had enough, and you’ve wasted all your love
I’ll be here for you 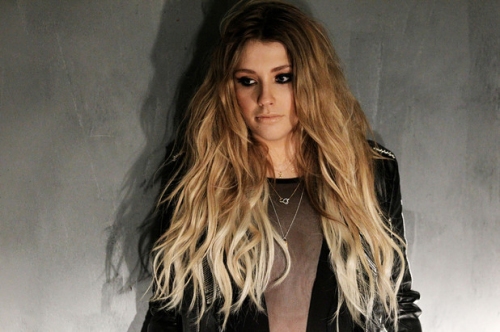 Wikipedia: Ella Henderson
Gabriella Michelle “Ella” Henderson (born 12 January 1996) is a British singer and songwriter. She was a contestant in the ninth series of The X Factor in 2012 and got into the final 12 finishing in sixth place, despite being a strong favourite to win. She was subsequently signed to Syco Music. Henderson’s first single, “Ghost”, co-written with Ryan Tedder, was released on 8 June 2014 and gave Henderson her first UK Singles Chart Number 1 while remaining in the top five of the chart for eight consecutive weeks. It has subsequently been certified platinum for sales in the United States, United Kingdom, Australia and New Zealand. Henderson has released three subsequent singles, “Glow”, “Yours” and “Mirror Man”. Her debut album Chapter One was released on 13 October 2014 and peaked at Number 1 on the UK Albums Chart, achieving UK platinum certification on 16 January 2015. Henderson has also featured on Norwegian record producer and DJ Kygo’s song “Here for You”. It was released on 4 September 2015. She lives in south London.