TODAY local businessman Jon Leng, owner of Chapel Apartments at 81 Moray Place, found himself being manhandled / roughed up by police officers as he was shown out of Dunedin Central police station.

Did Our Lovely Police keep any video footage of the incident – WIPED?!?
Oh, three foyer cameras ‘not online’, they said?

Apparently, the moment selected to ‘move on’ Mr Leng coincided with the absence of witnesses in the foyer…. conveniently, the woman receptionist was seen to lower her head (and eyes) for the expulsion.

Hopefully, Otago Daily Times, which Mr Leng visited shortly after the bruising, will run some decent coverage of the ruffled protagonist with his broken ($800) glasses.

Perturbed about the advertised 130-person party (Ball!) at Backpackers, next door at 2 View Street, Mr Leng had visited Dunedin Central to speak to Inspector Melanie Aitken who heads the investigation (into harassment and intimidation of View Street residents) that followed screening of ‘Party Central’ on Sunday TVNZ (10 May 2015).

Because ‘Mel’ Aitken made herself unavailable, Mr Leng decided not to leave Dunedin Central until she met with him. Fair enough.

At some point, however, he was forcibly removed from the station.

### ODT Online Tue, 14 Jul 2015
View St event worries neighbour
By Carla Green
Residents of a notorious Dunedin student party flat have sent a letter to neighbours, saying they are “having a Ball” on Friday but are “really keen to minimise any inconvenience to you”. However, the owner of a neighbouring building, [Jon] Leng, is sceptical the event in the View St flat will be any different from previous parties. […] Mr Leng rents his View St property to short-term tenants, and said every time the student flat held a party in the past, he had to provide refunds.
Read more

Note: According to DCC, Backpackers (2 View Street) may host a maximum of 50 people at ‘The Ball’, not the 130 persons invited by tenants. 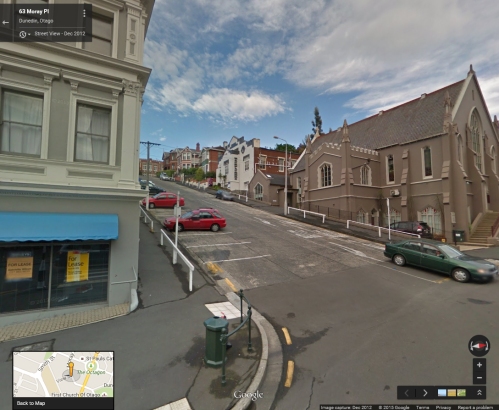 View Street. A heritage street containing historic townhouses (once private family residences, of which only one remains in this use) and apartment buildings. Otago Girls’ High School provides an ‘architectural’ dénouement at the top of street. The church building to Moray Place and View Street has been converted to upmarket apartments.

The infamous 2 View Street (student proof carpet….) is second from right (cream painted facade), a former church hall then backpackers. It was purchased by a Mr Nicolas Beach in 2010. Mr Beach on-sold the property for an artificial profit (don’t ask). From that time it’s been all downhill for other people living on the street —with so little support from city authorities, the property owner (currently, an absentee living in Australia), and the university. It’s called turning a blind eye, passing the buck.

WHO OWNS 2 VIEW STREET
From the DCC Rates Book:

Don’t for Chrissakes play down effects of liquor barons #DUD 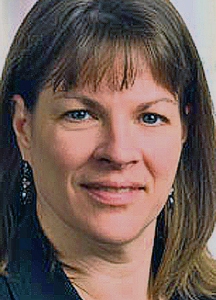 Did Harls jump on her media bandwagon over a wine or two after she watched Sunday TVNZ’s exposé on binge drinking at Dunedin (10 May).
The programme aired at 7:00 p.m. yesterday. The deadline for ODT’s Monday edition is 4:00 p.m. Sunday.
So did the Otago vice-chancellor see the programme before writing her opinion piece?
Well, not unless the ODT editor worked some sort of marvel of factory production.
Evidently, Harls conspired with the local newspaper to get her illuminatory thoughts in print today, of ALL DAYS. Chess as the television hoedown-showdown hits her university and the city council.

There is no doubt the footage was disturbing and there is no excuse for the kind of behaviour that was captured in those images. –Hayne

### ODT Online Mon, 11 May 2015
Alcohol law change overdue
By Harlene Hayne
OPINION The Sunday programme last night once again put the spotlight on the University of Otago for alcohol related harm. This time the focus was on the trouble that is caused by some rambunctious, messy and noisy students and other young people in North Dunedin and other parts of the community.
Read more

Dunedin is not alone.

### Stuff.co.nz Last updated 09:44, May 4 2015
Editorial: Student binging leaves a bad taste
Source: Dominion Post
OPINION Wellington is more of a student town than it used to be – thousands of tertiary students, attending various institutions, live here. They are a welcome economic boost for the city, and they also add to the life of the place: someone, for instance, has to fill up the city’s famously rich concentration of cafes and bars. By and large, Wellington has not had the trouble with students that some other cities have faced.

Most notoriously, Dunedin’s orientation weeks have often been drunken frenzies of flaming couches and showdowns with police. Wellington’s student body would be more happy with a “massive, street-wide wine and cheese evening”, one Otago wit quipped in 2012 after a particularly riotous Dunedin episode.

So it’s somewhat jarring to discover that, already this year, Victoria University has imposed total alcohol bans at four of its halls of residence after, in the case of the most recent one, excessive drinking, property damage and “overall unacceptable behaviour”. (Some bans have since been lifted).

That’s more than over-indulgence; it’s ugly, anti-social drinking that no-one needs as any kind of life highlight. There is a fine line to be walked here. Tertiary study is often associated with drinking, and some of that is just life – a product of young people leaving home, making decisions for themselves, and revelling in new freedoms. There is no point in being complete wowsers about this, any more than there is in adopting a puritan approach to drinking in New Zealand more generally. Alcohol can be a pleasure, an aide to camaraderie and relaxation. Yet, just as plainly, drinking can be dangerous and miserable – especially among the young. Consuming vast torrents of booze might seem like a game to beginners, but in fact it is hugely risky behaviour – for those who partake, for those who have some responsibility for them, and indeed for anyone they come into contact with.
Read more

Cr Andrew Whiley as part of the ‘conversation’ gets it completely wrong, due to his own bias.

█ Carol Devine will be interviewed by Jim Mora this afternoon, on RNZ National radio – listen in sometime after 3:40 p.m.

█ ONE News explores the Dunedin issues raised by Sunday TVNZ (10 May) in tonight’s bulletin.

(9:38) Dunedin has to decide how much money to fork out to keep its Stadium going. Ali Copeman (COC) on the benefits of the stadium.

The Panel with Barry Corbett and Vicki Hyde (Part 2)
16:33 Topics – A report’s come out from Human Rights Watch and Harvard Law School calling for killer robots to be banned. Dunedin residents could again be asked to beef up the funding for the expensive Forsyth Barr covered stadium. MOTAT, the transport museum in Auckland has been criticised recently for having exhibits of old things; like cars, trams, foodstuffs, boxes of soap powder.
Audio | Downloads: Ogg MP3 (27:16)

What would well-known people do on a trip to Mars?