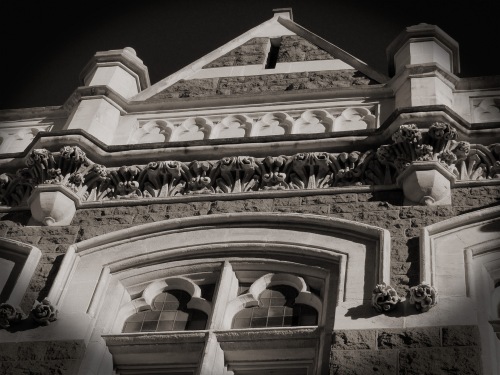 The Dunedin courthouse is one of the city’s finest historic buildings, and part of a heritage cluster impossible to match anywhere in this country.

We await an “unequivocal commitment” from the Government to return court services to their Dunedin home.

### ODT Online Tue, 22 Sep 2015
Editorial: ‘Nonsense’ courthouse costs
OPINION Really? Would earthquake strengthening of Dunedin’s courthouse really cost more than $15million as officials claim? Or is this another example where supposed post-earthquake costs are used as an excuse? Or can the Government simply not design and commission building work for reasonable prices? There is probably a bit of both.
Read more

### ODT Online Sat, 19 Sep 2015
$15m bill for court rejected
By Craig Borley
Dunedin engineers and construction experts have rubbished the Government’s claims the city’s historic courthouse needs earthquake strengthening work worth more than $15 million. […] Lou Robinson, director of Hadley Robinson Engineering, said he knew the courthouse intimately after being involved in the 2002 work on the complex. He estimated an “upper limit on strengthening of perhaps $3 million”.
Read more 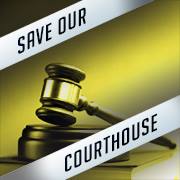 The question that is increasingly being asked here is whether New Zealand engineers can be absolutely certain they have been supplied the quality of steel they ordered and whether we have systems in place to ensure standards are adhered to. The industry appears to believe the answers to both of those questions is “no”.

### stuff.co.nz Last updated 05:00 05/05/2013
Engineers flag concern over imported steel
By Rob Stock – Sunday Star-Times
The Institute of Professional Engineers (IPENZ) has secretly alerted the Ministry of Business, Innovation and Employment of concerns about the quality of imported structural steel used in New Zealand buildings. The Institute admitted concerns about the quality of “materials and equipment including steel used in various industries – construction, engineering, and machinery” were relayed to MBIE just weeks ago, after being raised at the Institute’s annual forum in March. The Institute cautioned that the information received was “anecdotal” and “raised in a private members’ area”, adding “at this stage IPENZ is unaware of the scale of the issue, or whether they were one-off instances”.

Less private, though, were two papers given at the Steel Innovations Conference in Christchurch in February, just before that March meeting, papers which for the first time publicly alluded to the issue. One paper delivered by three staffers of Australian steel company OneSteel called for the construction industry to only accept steel from manufacturers accredited by independent third parties. “In Australia, there have been some significant structural failures which have been due, either wholly or in part, to the lack of conformance of the product to the standard and the identification of its source. Unfortunately legal restrictions on the reporting of these failures means they cannot be readily identified or discussed in this paper,” the paper said. In other words, the steel was not what was ordered. Some might call it counterfeit. Evidence from the UK, the paper said, “undeniably confirms that the lack of product conformity and traceability is contributing to structural failures”.

“Engineers from quite different parts of the engineering family have realised that we all have this issue to some extent.” –John Hare, Structural Engineers Society

The second paper on the damage done by the Canterbury earthquakes to the 22-storey Pacific Tower in Christchurch, which has now been fully repaired, brings things closer to home. As one engineer familiar with the paper put it, there were instances of failure in some imported structural steel in the tower which should not have happened. “Some of the parts were damaged more than what was expected,” he said. The steel in question was imported from Singapore, and was found not to perform as well at lower temparature as New Zealand or Australian-made steel. The authors of the paper called for “rigorous traceability between mill certificates and the material used in the fabrication” for structural steel used in certain circumstances. “Steels of origins other than NZ/AU may not have the required toughness… to comply with the current New Zealand steel structures standards,” it said.
Read more

“Without the creative genius of engineers life for most of us would be less worthwhile.” In this lecture Sir Neil Cossons considers how the engineering record of achievement is being preserved throughout the world as part of tomorrow’s heritage and as a testament to engineers and engineering. This record is to be cherished as an inspiration for the future.

– Sir Neil Cossons is the former chair of English Heritage, an internationally renowned advisor on heritage policy and management, and a patron of the Dunedin Gasworks Museum.

A celebration for the recipients of the –
David Cox Memorial Award 2009
“To recognise and encourage excellence on the restoration, conservation and continued use of historic buildings and structures in Otago”

The awards will be presented prior to the lecture. All welcome.

This is an Australasian Engineering Heritage Conference Event in conjunction with the New Zealand Historic Places Trust.

### Channel 9 News November 18, 2009 – 5:48pm
Dunedin Gasworks Museum seen as historically significant as Stonehenge
One of Dunedin’s newest museums was visited today by one of its Patrons, who says it’s an example of our city leading the world. Sir Neil Cossons is the former Chair of English Heritage, and a proud current Patron of the Dunedin Gasworks Museum, which he sees as being as historically significant as Stonehenge or The Pyramids.
Video

Dunedin became home to one of the most exceptionally preserved gasworks museums in the world, when the Engine House Dunedin Gasworks Museum opened on 3 February 2001. The museum exhibits unique collections of working gas and steam technology. The Dunedin Gasworks was New Zealand’s first when it opened in 1863 and the last when it ceased production in 1987. At the peak of its production in the 1970s over 18,000 customers received coal gas through an intricate system of underground mains extending throughout the city and suburbs.
Read more