### dezeen.com Sun, 3 Jan 2016 at 6:00 pm
Laurent Kronental’s Souvenir d’un Futur photos show Paris’ forgotten housing estates
By Dan Howarth
With his Souvenir d’un Futur series, Kronental has photographed residents of the estates among the concrete structures and vast open spaces of the crumbling futuristic complexes built during Paris’ housing boom in the 1950s and 1960s. In this exclusive essay for Dezeen, he explains how his images highlight a sometimes neglected generation in often marginalised urban areas, which both “carry with them the memory of a Modernist utopia”.
Read more + Slideshow

█ As a laureate of the 2015 La Bourse du Talent award in the Landscape/Architecture category, Kronental’s work is on show at the National Library of France until 7 February 2016. 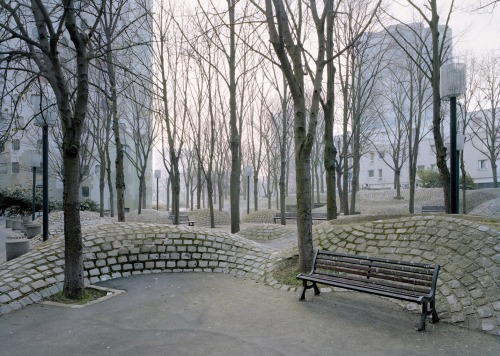