Harbourside: Access to a revamped Steamer Basin has public backing

Liability Cull is not 100% correct. So what’s new.

The ‘harbourside’ public consultation, including pre-plan change workshops, picked up good support for IMPROVED public access to the waterline (note, via a reinstated Rattray Street rail crossing at grade) and a REVAMPED Steamer Basin.

WE HAVE BEEN ROBBED.
Cull says the harbourside plan change was a mistake. It most surely was not a mistake! The proposed plans for how the plan change would be articulated in the area were the problem. Nearly everyone wanted historic industrial sheds and wharf sheds to remain and be redeveloped sympathetically with respect to heritage values, enhancing the land-water connection. Unfortunately, and fortunately, the Otago Chamber of Commerce with five partners appealed the plan change decision, significantly dashing the intents and purposes of the “vision”. Nonetheless, this shouldn’t stop future redevelopment of the ‘edge’ at the Steamer Basin, for greater community recreational use, with some commercial opportunities built in. We still haven’t got walk-on/walk-off access for the cruising yachts heading to subantarctic waters —embarrassing.

OK DCC’s broke at the moment, but ORC…

Cull – Crash one (PC-7), get bent on inviting the real mistake… the $100m tombstone apartment and hotel complex at 41 Wharf Street, with all inherent costs to Dunedin ratepayers and residents. That’s where Cull stands, nowhere good. Not even close.

### ODT Online Mon, 21 Oct 2013
Harbour project labelled mistake
By Chris Morris
Pursuing a vision of harbourside redevelopment in Dunedin has so far cost the city’s ratepayers more than $2.6 million, it has been confirmed. The revelation, prompted by Otago Daily Times inquiries, has led the Otago Chamber of Commerce to label the Dunedin City Council’s ”grandiose” plan a mistake. It has also prompted Dunedin Mayor Dave Cull, who was an early critic of the proposal, to suggest it should never have got off the ground.
Read more 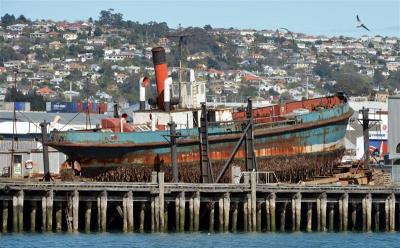 Fear not! More costly settlement is due.
There’s the perplexing State Highway 88 Realignment Project for Council to conclude with affected parties damaged by foul-play planning activity, and the new round of ‘proper’ designation! This will make Mr Barnett’s cheque seem like a 4% discount fuel voucher ripped from a mile-long supermarket receipt for your best ever, most hair-raising Christmas shop!

### ODT Online Tue, 27 Aug 2013
Apology, payout to developer
By Debbie Porteous
Dunedin developer Tim Barnett has received a public apology and a $200,000 payout following a lengthy battle to recover his costs after the Dunedin City Council restricted his ability to develop his harbourside property. The property, at 41 Wharf St, has since been sold to developers who are hoping to build a 27-storey hotel on it.

”Council apologises for the inconvenience, and also thanks Mr Barnett for working with council in good faith as the parties explored options over some years. Mr Barnett has a long history of commitment to the city of Dunedin. Council trusts that the good working relationship that has developed between Mr Barnett and the council over the years will continue.”

The $200,000 covers Mr Barnett’s out-of-pocket costs (just under $118,000), the interest on his costs ($41,000) and a contribution to his legal fees during his lengthy attempt to first remove the restrictions on developing the site and then recover from the council the cost of those restrictions.
Read more

For more on 41 Wharf Street, enter *hotel* in the search box at right.

Hotel/Apartment Tower decision to be appealed

### RNZ News Updated 24 minutes ago
Dunedin hotel plan heading to court
The developer planning a 27-storey waterfront hotel in Dunedin is taking its case to court. A Dunedin City Council panel declined resource consents for the $100 million project three weeks ago, saying it failed a key legal test and the glass tower would be too high for its industrial-zoned site. The five-star hotel and apartment complex has been hotly debated since being announced a year ago. On Tuesday afternoon, the company behind the project Betterways Advisory Limited, announced it will be appealing to the Environment Court against the council’s decision. The appeal will mean the court will attempt to broker a compromise between the developer, the council and any of the public submitters who want to get involved.
However, it seems likely that the court will have to hold its own full hearing into the project, probably early in 2014.
RNZ Link

We really love Jing Song, Steve Rodgers, and their gift that keeps on giving. FO.
A source reveals Betterways’ appeal cites Consultancy House as a precedent. Interesting, the owners of Consultancy House strongly objected to the application in their submissions.

### ODT Online Tue, 18 Jun 2013
Hotel supporters still in discussions
By Chris Morris
Alternatives to a $100 million waterfront hotel in Dunedin are still being discussed as the clock ticks towards a decision deadline. However, exactly what the hotel developers’ next move will be remains a closely guarded secret after they were refused resource consent earlier this month.

Betterways Advisory Ltd has until June 26 to decide whether to appeal the decision of the Dunedin City Council’s hearings committee to decline consent for the hotel at 41 Wharf St.

Betterways director Steve Rodgers – the man fronting the hotel bid – did not want to comment on any aspect of the hotel bid yesterday, saying only the full time allowed to decide any appeal would be needed. However, the Otago Daily Times understands several property owners have come forward with alternative sites capable of accommodating a hotel, and that parties were busy behind the scenes. That included the Otago Chamber of Commerce, which had indicated earlier this month it was talking to Betterways to try and rescue the situation.
Read more 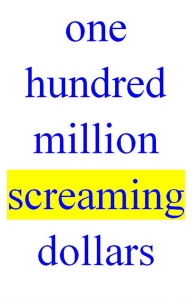 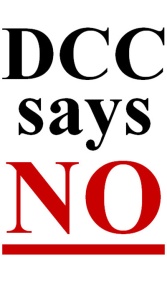 1
Having carefully considered all the relevant reports and documentation supplied with the application, submissions, and the evidence presented to us during the course of the hearing, we have resolved to refuse the application from Betterways Advisory Limited to construct and operate a licensed hotel with residential apartments at 41 Wharf Street, Dunedin.

2
Since the proposal is a non-complying activity we were required to consider the particular restrictions imposed by s.104D in the Resource Management Act 1991. This requires the proposal to pass at least one of two tests. Having considered these, we were not satisfied that the adverse effects on the environment would be minor (s.104D(1)(a)), and nor were we satisfied that the activities associated with the application would not be contrary to the objectives and policies of the Dunedin City District Plan (s.104D(1)(b)). Having made these determinations, in terms of s.104D, we were unable to grant consent.

3
Throughout Chapter 6 of this decision we considered the environmental effects that were brought to our attention and have drawn our own conclusions as to how each of these issues impacted on this decision. Having done so, we have also undertaken an overall evaluation of the adverse impacts of the proposal in light of the expected positive effects.

4
Having examined the proposal with reference to Part 2 and Section 104 of the Resource Management Act 1991, we have also concluded that the proposal is not consistent with the overriding sustainability purpose of the Act as expressed in s.5(1).

The Hearings Committee of Ministry for the Environment-approved independent Commissioners was comprised of Crs Colin Weatherall (Chair), Andrew Noone and Kate Wilson, and John Lumsden of Christchurch.

► Enter *hotel* in the search box at right for more.