Otago’s state of emergency has been lifted.
Emergency Management Otago this morning lifted the state of emergency which existed since deluges and heavy wind battered Otago’s eastern coast over the weekend. The region has now officially entered a recovery phase with teams moving on to assessing the damage and checking on the needs of those affected by the devastating floods. Emergency Management Otago group controller Chris Hawker, in Dunedin, said the move towards recovery did not signal any reduction in effort.

The Dunedin State of Emergency was lifted at 9am today. Under the Civil Defence Emergency Act 2002 we are now operating under a Notice of Local Transition Period as we move into the recovery phase.
The transition period is in force for 28 days (expires 9am 21 August) unless extended or ended earlier. The notice still gives the local authority powers to carry out essential emergency-related work.
More information about the work happening as part of the recovery phase will be provided today. The work will be led by Dunedin City Council Recovery Manager Simon Pickford.

END_OF_DOCUMENT_TOKEN_TO_BE_REPLACED 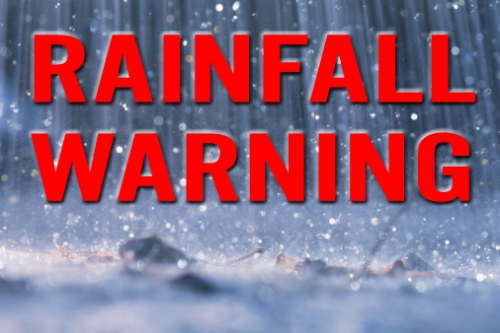 A regional state of emergency has been declared in Otago in support of Dunedin and Waitaki. Updates at https://t.co/JrP2YPcwHt pic.twitter.com/Hj0RihRd6K

A state of local emergency has been declared in Dunedin in response to issues arising from the heavy rain. Follow @DnEmergency for updates.

A state of local emergency has been declared in Timaru due to significant rainfall in low-lying areas. More info at https://t.co/rwPajVeDZu

Oamaru
Oamaru and surrounds are bearing the brunt of the storm, with widespread surface flooding and some homes flooded.

Mosgiel
There is surface flooding in Mosgiel, which is being closely monitored.

Sandbags
Mosgiel people concerned about rising water can access sandbags and sand from the Memorial Park car park beside the stadium/Mosgiel Memorial Gymnasium.
Sandbags are also available in South Dunedin at the car park behind St Clair Tennis Club, Victoria Road.
Where possible, people should bring a shovel to fill the bags, although contractors are available on-site at both locations to assist with filling and loading.

Freedom Campers
Due to the weather the Dunedin City Council recommends all freedom campers find alternative accommodation rather than staying at either of the council’s two freedom camping sites tonight.

Roads
NZ Transport Agency has issued road warnings for surface water and flooding across Otago, including SH1 from Waipahi to Waitaki Bridge.
Warnings are also in place for SH88 from Dunedin to Port Chalmers, SH 87 from Kyeburn to Outram.
SH83 from Pukeuri to Duntroon is also affected by flooding and is closed between Gray Rd And Horse Gully Rd.
In Canterbury SH 82 Waimate To Kurow is closed.
SH1 is now closed between Pukeuri to Morven

Rivers
The Kakanui, Shag and Taieri Rivers, the Silver Stream, Water of Leith and the Lindsay Creek are all rising steadily.

Sports grounds
The Dunedin City Council has closed all sports grounds for the weekend because of the weather.
The club rugby semi-finals may still go ahead at Hancock Park on Saturday depending on the weather. The decision will be made by the Otago Rugby Football Union.

Power cuts
There are reports of power cuts in Oamaru. In Dunedin power has been cut to about 100 customers in Green Island, Fairfield and Abbotsford suburbs of Dunedin after a power line came down.
Aurora Energy says it has a response crew working to fix the fault and power was expected to be restored by 5pm.

General preparedness
The Dunedin City Council is encouraging all residents and businesses across the city to make their own preparations.
Residents in low-lying areas who feel concerned should make plans to self-evacuate themselves to stay with friends or family who live on higher ground should it be required later on.
Check on neighbours, particularly if they are vulnerable.
Check spoutings and drainage channels for blockages and clear them if necessary
If your basement is prone to flooding lift items that could be damaged by water off the floor. Be sure garden sprays and other chemicals won’t be affected
Check grates near your house for blockages and keep them clear of leaves and other debris to avoid water building up and affecting your property.
https://www.odt.co.nz/regions/storm-hits-what-you-need-know

END_OF_DOCUMENT_TOKEN_TO_BE_REPLACED

DCC: Slip in service levels, why?!

### ODT Online Mon, 19 May 2014
Councillor urges better standard of work
By Debbie Porteous
Parts of Dunedin are lacking basic maintenance and city council staff need to put pressure on contractors to improve their performance, a Dunedin city councillor says. Cr Andrew Noone, from the Waikouaiti-Chalmers ward, said the untidy state of roadside berms, gutters, ditches and creeks and an apparent slip in service levels were the main issues he heard about from constituents.
Read more

The council would investigate problems at the corner of St Andrew and George Sts.

### ODT Online Tue, 17 Dec 2013
Storm floods city shops
Parts of Dunedin were flooded late yesterday afternoon when a thunderstorm struck, causing havoc for some central-city businesses. In less than 30 minutes, 15mm of rain fell in the central city, with 18.8mm falling between 4pm and 5pm. Water washed into about 20 businesses, mostly in George St between the Wall Street mall and the St Andrew St intersection.
Read more + Images 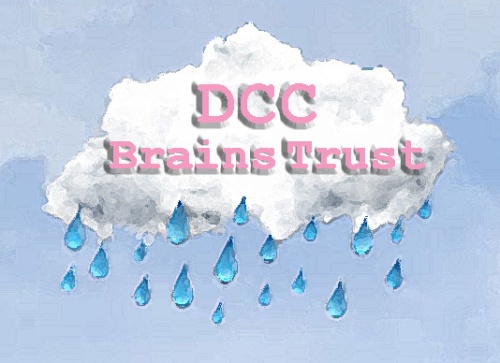 An LGOIMA request to uncover and unblock the city council’s infrastructure services (actual) activity log of street maintenance works as well as the record of council consultation with affected building owners (including City Property for Wall Street Mall which cops it every time there’s a slight deluge…), and all associated complaints received by the council would be useful in “forward planning”.

As for temporary road closures in the CBD during heavy rain and flooding, what is the history? Have there been attempts to do this in the past? During yesterday’s rain there was certainly enough time to effect temporary stopping to help minimise damage to property caused by vehicle movement.

What came of this consideration? Apparently, nothing for the CBD.

DCC Three Waters Strategy…
Management of Water Wastewater and Stormwater (The 3 Waters)
Our main objective is to protect public health and safety by delivering enough safe drinking water to, and safely removing waste and storm water from, everyone connected to the network, with minimal impact on the environment and at an acceptable financial cost. We also aim to provide protection from flooding and erosion as well as controlling and reducing pollution in stormwater discharges to waterways and the sea. As well as delivering services today, we need to plan for the future, making sure we will be able to deliver the service that future generations will need. Cont/

Dunedin City Council – Media Release 06 Dec 2013
City Care Confirmed as Contractor
City Care has been awarded the tender to maintain Dunedin’s water and wastewater network. The contract, which starts on 28 February 2014, is expected to deliver annual savings of at least $350,000. The annual contract value is $4.6 million a year, with an additional $159,000 of transition costs in the first year. City Care employees will carry out the maintenance work on the water and wastewater network, such as turning up to fix a burst water main or a blocked sewer. Cont/