Tag Archives: Green Acres is the place to be 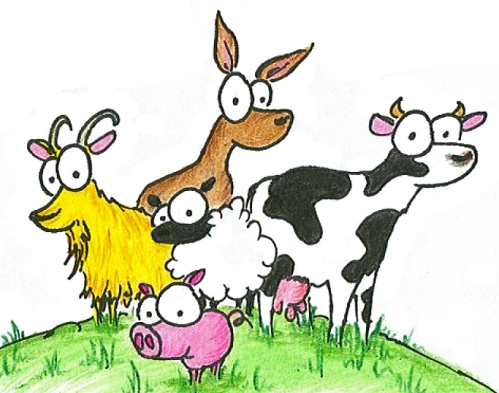 Local farm animals marooned on a specially constructed grassy knoll for want of truth, no bungy cord was available today as an alternative solution.

### ODT Online Thu, 12 Sep 2013
Grilling likely for Key
By Dene Mackenzie
Prime Minister John Key can expect to face tough questions about the southern economy and the planned job cuts at Invermay when he visits Dunedin today. Mr Key is in the city to present awards at the Otago Daily Times Class Act function. Before Class Act, Mr Key will address an Otago Chamber of Commerce-organised function at which Dunedin Mayor Dave Cull expects to be seated next to the prime minister. Asked whether he would raise the issue of AgResearch’s restructuring of Invermay, Mr Cull said: ”Too bloody right. It would be remiss of me not to take the opportunity”.
Read more