Does the DCT still meet weekly on Mondays? Where are the reports of these meetings?

In short, where is the “game-changing economic boost” promised by the same Mayor who is off to China to explore the next “huge potential”?

Virtual Eye Published on Jun 12, 2014
Gigatown Dunedin
#GigatownDunedin is Dunedin’s answer to Chorus’s Gigatown competition. As part of the competition, businesses had to answer five questions put forward by Chorus. This is how ARL answered those questions, on behalf of our hometown.
(In October 2013, Chorus announced that one town in New Zealand would receive the fastest internet in the Southern Hemisphere at extraordinarily cheap prices.)

Otago Daily Times Published on Nov 17, 2014
Gigatown Dunedin Stage2
This #gigatownDUN video is part of Dunedin’s entry into the #gigatown New Zealand competition, the video accompanies the written submission in the final round, the Plan for Gig Success. 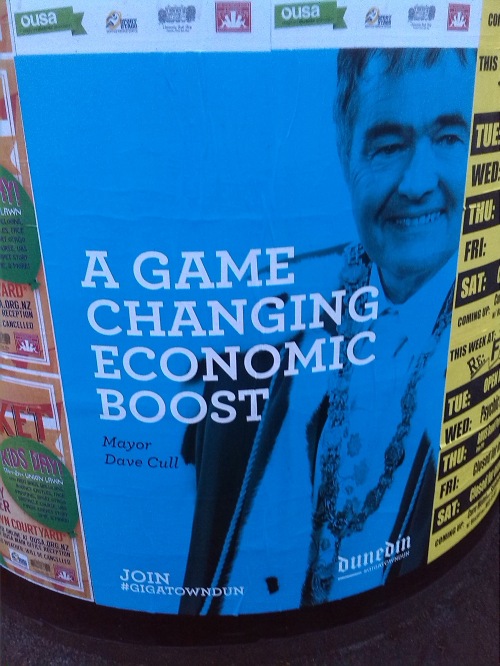