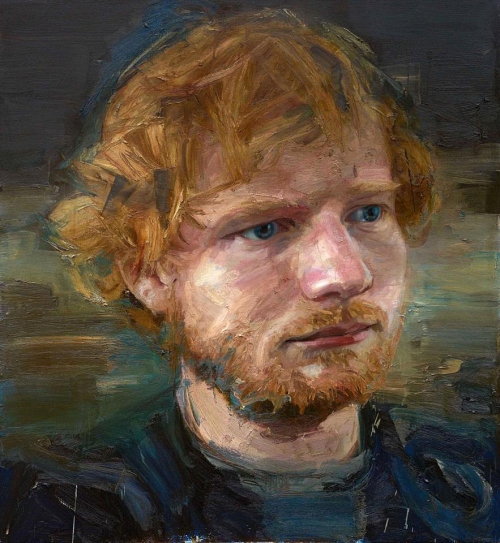 ### The Sun 3 May 2017, 12:25 AM Updated: 4 May 2017, 12:13 AM
Ed Ringer: Chart-topper Ed Sheeran immortalised in painting unveiled at the National Portrait Gallery
By Ben Leo
Chart-topping Ed Sheeran is top of the arts too as he stands next to the National Portrait Gallery’s new painting of him. The London venue already has a photograph of the music star on display and has now acquired his first portrait. Ed, 26, posed for three hours for sketches and photos for Colin Davidson’s oil painting after the Irish artist met the musician’s art historian dad John. The artist said : “When painting a portrait I am looking for the moment when the person is almost unaware of me being there and I feel I got it with Ed.
Read more

Ed Sheeran will play three concerts in Dunedin next year.

### ODT Online Mon, 5 Jun 2017
Legal risks in hosting fans, adviser warns
By Chris Morris
Dunedin homeowners hoping for an Airbnb windfall by hosting fans of Ed Sheeran and the British and Irish Lions are being urged to consider the legal risks. The city will throw its doors open to thousands of travelling fans when the Lions take on the Highlanders on June 13 and when pop superstar Ed Sheeran arrives for the first of three concerts in March next year. And, with Dunedin’s commercial accommodation already straining under the pressure, many of those visiting the city would turn to websites such as Airbnb to find a house or room to rent. But the peer-to-peer accommodation service’s rapid rise was not without legal risks, and homeowners needed to be aware of them […] Since the arrival of the new Health and Safety at Work Act 2015, anyone using a site such as Airbnb to rent out their property was considered a “PCBU” – a “person conducting a business or an undertaking”. That meant they had to comply with the requirements of the new legislation, or face a potential Worksafe prosecution if their negligence led to a guest being injured or killed…
Read more

Blue jean baby, L.A. lady, seamstress for the band
Pretty eyed, pirate smile, you’ll marry a music man
Ballerina, you must have seen her dancing in the sand
And now she’s in me, always with me, tiny dancer in my hand
….Hold me closer tiny dancer
Count the headlights on the highway
Lay me down in sheets of linen
You had a busy day today

One week in we let the story begin
We’re going out on our first date
You and me are thrifty
So go all you can eat
Fill up your bag and I fill up a plate
We talk for hours and hours about the sweet and the sour
And how your family’s doing ok
leave and get in a taxi, then kiss in the backseat
Tell the driver make the radio play
and I’m singing like
….Every day discovering something brand new
I’m in love with the shape of you

Edward Christopher “Ed” Sheeran (born 17 Feb 1991) is an English singer-songwriter, and occasional actor. He was born in Hebden Bridge in Yorkshire and raised in Framlingham, Suffolk. He attended the Academy of Contemporary Music in Guildford, Surrey as an undergraduate from the age of 18 in autumn 2009. In early 2011, Sheeran independently released the extended play, No. 5 Collaborations Project, which caught the attention of Elton John and Jamie Foxx. After signing with Asylum Records, his debut album, + (read as “plus”), was released on 9 September 2011 and has since been certified six-times platinum in the UK. The album contains the single “The A Team”, which earned him the Ivor Novello Award for Best Song Musically and Lyrically. In 2012, Sheeran won the Brit Awards for Best British Male Solo Artist and British Breakthrough Act. Sheeran’s popularity abroad began in 2012. In the US, he made a guest appearance on Taylor Swift’s fourth studio album, Red. “The A Team” was nominated for Song of the Year at the 2013 Grammy Awards, where he performed the song with Elton John. More at Wikipedia.

BBC Radio 1 Published on Jan 6, 2017
Ed Sheeran – Castle On The Hill (Live)
Ed Sheeran gives us this exclusive, FIRST EVER live performance of Castle on the Hill live for the BBC Radio 1 Breakfast Show!

BBC Radio 1 Published on Jan 6, 2017
Ed Sheeran’s Back! 10 minutes 47 seconds of his best bits!
Following on from massive co-hosts with Adele and Lady Gaga, Ed Sheeran joined Scott Mills and Chris Stark on The Radio 1 Breakfast Show!
He (kind of) confirmed a Glastonbury appearance, talked about a house party with the Game of Thrones cast and briefly mentioned *that* scar….

Ed Sheeran Published on Oct 7, 2014
Ed Sheeran – Thinking Out Loud [Official Video]
Here’s my official video for ‘Thinking Out Loud’, I learnt to dance! Taken from my album ‘x’, available to buy via iTunes here: http://smarturl.it/x-itunesdlx 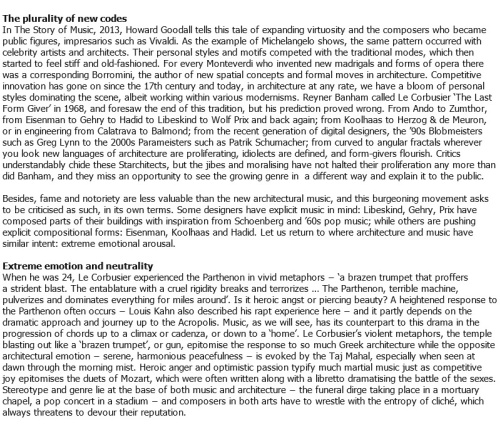 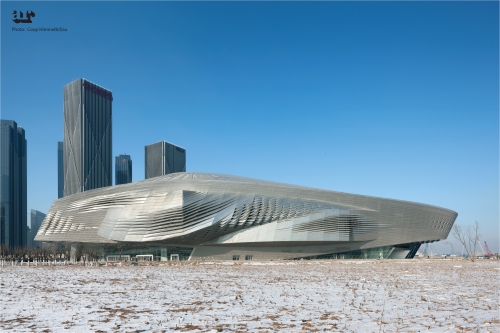 Coop Himmelb(l)au, Dalian Conference Center, China, 2008-12.
A continuously changing surface that rises and falls and bulges in the middle to include a theatre and opera house. Organised like block chords of music that open up and close, it is reminiscent of both Wagnerian chromaticism and the tonal melding of Philip Glass and John Adams. 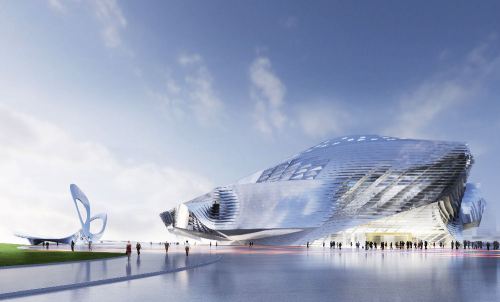 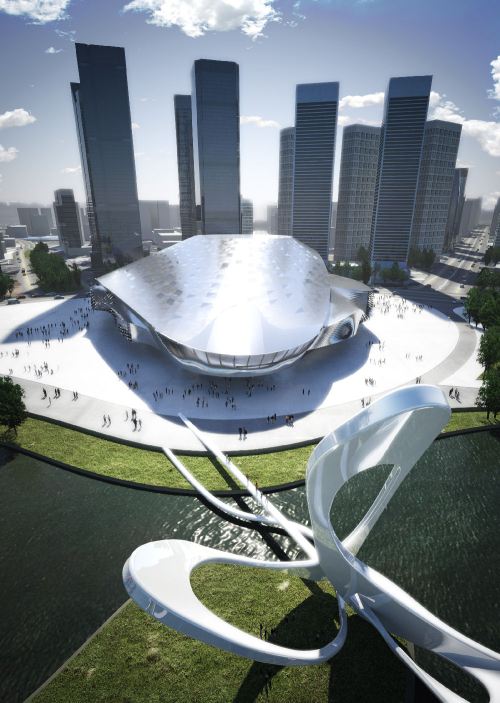 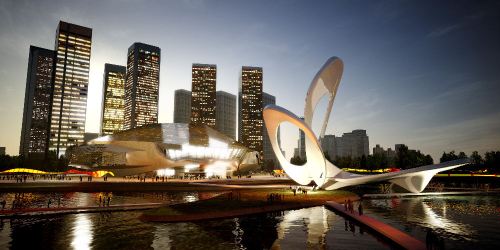 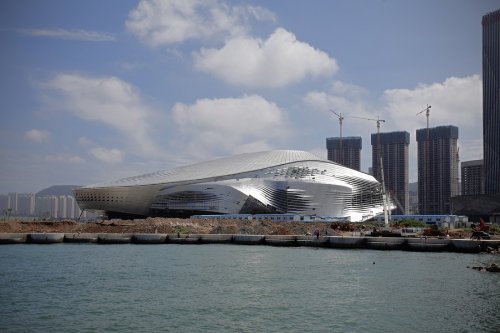 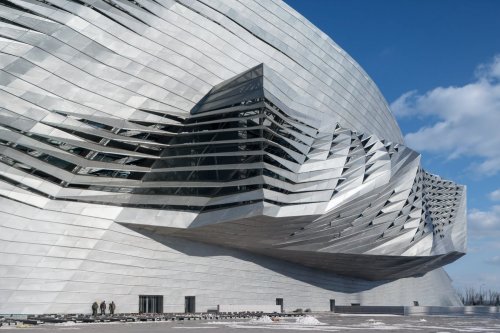 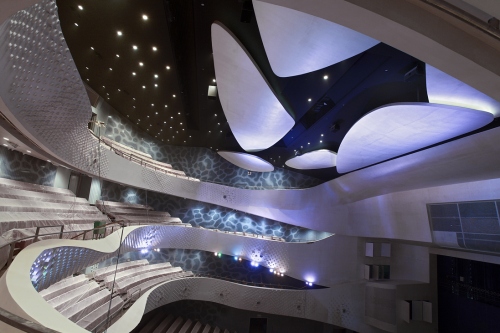 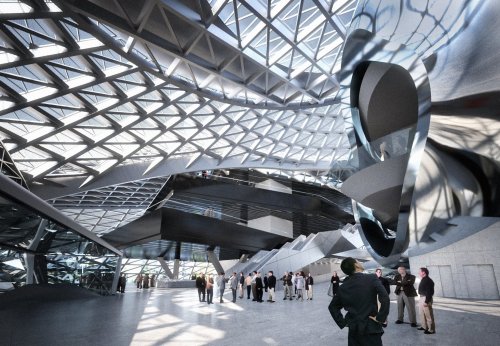