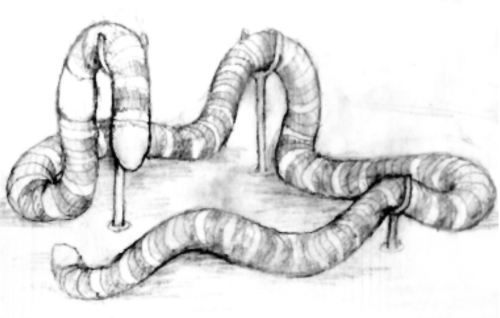 ### ODT Online Mon, 15 Jul 2013
Editorial: How the worm turns
It seems there is nothing quite like the issue of public art to stimulate debate. Whether it be form, function, meaning, materials, longevity, cost, location, the work’s title, or the artist’s “qualifications”, the works inevitably prompt a great outpouring of comments from the public. When it comes to publicly-funded art in the outdoor public arena, it is understandable some ratepayers want to have their say. After all, they have to see it and they have to pay for it. One of the most-debated issues is often the cost, with many projects being deemed expensive.
In a city rich with educational institutions, heritage, and a strong artistic legacy, such projects have been deemed worthy of funding by the council for many years, and frequently indicated as important by the public in the likes of residents opinion surveys. There is no doubt striking the right balance is no easy task, particularly given art, by its very nature, is subjective, and cannot necessarily “please” everyone.
Given that the response to art works is the huge unknown – it is all the more important the areas that can be calculated are done so – and done so clearly: the artist, the artist’s brief, the art work’s purpose, visual expectations including height and size, suitability for its location, and of course, cost. And, sadly, it is in these fundamental areas in which the latest controversial public art proposal appears to have fallen down.
Read more 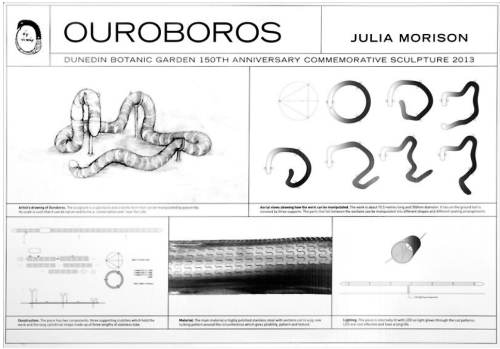 ### ODT Online Tue, 3 Jan 2012
Rethinking DCC role in public art
OPINION The Otago Sculpture Trust suggests it might be time for the Dunedin City Council to take a step back from such direct involvement in sculpture in public places. In light of the controversy, particularly over the past two years, regarding installation of sited public art works in Dunedin, we, the Otago Sculpture Trust, feel it is our role as an independent body of professionals to add our voice to the debate, in the hope of creating better understanding around issues of public art here. […] Anomalies between the original and current Dunedin City Council art in public places policies have perhaps accounted for the deterioration in community liaison.
Read more

• The Otago Sculpture Trust was established in 2002 by a group of practising sculptors with a general aim of doing what [it] can to foster and develop sculptural practice across Otago and beyond. The trust seeks to promote public sculpture in its many forms, including accessing resources and influencing public art policies as a lobby group.

Putting A Smile Into Harbour’s Head

Plans for the next Dunedin City Council Art in Public Places commission have been released, and harbourside visitors will soon have something to smile about.

Regan Gentry, a Wellington based artist, currently living in Rotterdam, is creating a larger than life sculpture titled ‘Harbour Mouth Molars’ which will feature six wisdom teeth constructed from concrete and Oamaru Stone. Each tooth will be roughly the size of an up-ended Austin mini car and be arranged in two opposing rows on the edge of the foreshore.

The installation, which is due to arrive on-site in April, will stand on the Kitchener Street Reserve at the head of the harbour.

Mr Gentry is well-known for his ‘Flour Power’ steel representation of a sheaf of wheat which stands at the intersection of Christchurch’s Colombo and High Streets, and ‘Green Islands’, the native tree look-alikes made from No.8 fencing wire which were recently relocated from the Four Plinths located outside Te Papa to their new permanent home in the Wellington Botanic Gardens.

Dunedin’s public art activity has been fairly static for a number of years and it is our intention to increase the opportunities for public art projects to enliven our city.

The commission uses part of the DCC’s Art In Public Places budget of $100,000 which is implemented over a two year cycle, and builds on the city’s previous commissioning policy including the 2008 installation of ‘Kuri/Dog’ by Stephen Mulqueen.

Disclaimer: Elizabeth Kerr is a former member of the DCC Art in Public Places Committee. She resigned from the committee to avoid any potential conflict of interest associated with her views on the stadium project.