BS ALERT
Mr Cull, who is on the subcommittee, said the targets were partly about following direction from central government and also about being responsible in the face of climate change.

DCC emissions (via ODT)
• The council emits 30,696 tonnes of carbon dioxide equivalents (tCO2e) per year, roughly equivalent to the yearly emissions from 6500 passenger vehicles.
• That equates to 248 kgCO2e per resident and 560 kgCO2e per rateable property.
• Of the council’s emissions 23,039 tCO2e, or 75%, is from landfilled waste.
• The council’s draft emission target aims for an overall reduction of 5% by 2018 19 and a 20% reduction in non landfill emissions.

█ For more, enter the term *sustainability* in the search box at right.

### investors.com 02/10/2015 06:43 PM ET
U.N. Official Reveals Real Reason Behind Warming Scare
Economic Systems: The alarmists keep telling us their concern about global warming is all about man’s stewardship of the environment. But we know that’s not true. A United Nations official has now confirmed this. At a news conference last week in Brussels, Christiana Figueres, executive secretary of U.N.’s Framework Convention on Climate Change, admitted that the goal of environmental activists is not to save the world from ecological calamity but to destroy capitalism. Read More [564 Comments]

*Image: Associated Press (AP) – Christiana Figueres during an interview at the World Economic Forum in Davos, Switzerland, on Jan. 22, 2014.

### newsbiscuit.com Dec 1, 2014
Stonehenge development: ley lines closed during 2015 while toll lanes added
By Adrian Bamforth
The government has announced a radical up-grade to Britain’s dilapidated ley-line network with major closures on all lines and charges being brought in on certain routes when the network re-opens. ‘For years Britain’s natural mystic energy has been having to cope on an out-dated system,’ said David Cameron dressed in a rainbow baggy jumper wearing a large purple feather as an earring. ‘It might have been adequate for the Bronze Age when it was first laid out, but is entirely unsuitable to 21st Century new age Britain.’

Executive ley lines with controversial tolls are to be introduced in 2015, for those who do not wish to wait for their intangible cosmic earth energy. ‘It will mean demolishing Stonehenge…’ said the Prime Minister, but we are confident that the British people will understand that this is definitely worth it.’ Read more

QUIET STREETS and OTHER ALTERNATIVES TO SH1 SEPARATED CYCLEWAYS

### ODT Online Thu, 27 Nov 2014
Opinion: Your Say
Why Dunedin needs (some) separated cycleways
By GregDawes
Diane Yeldon raises some important questions. She aligns herself with the ‘vehicular cycling’ movement, which argues that the best place for cyclists is in among the traffic, obeying the same rules as all other road users. On this basis, she questions whether we really need separated cycleways.
As a cyclist I follow the vehicular cycling principles every day. I ride my bike in much the same way as I drive my car, claiming the space I need on the road, while trying to share the carriageway considerately with other road users.
On roads with low traffic volume, relatively slow speeds, and no heavy vehicles, this works well. But it requires a lot of confidence to ride this way on busy roads, when cars are passing at speed and there are trucks and buses.
Read more + Comments

### whaleoil.co.nz Fri, 31 Oct 2014 at 5:20pm
Why is there no law to rein in dodgy ratbag local body politicians?
By Cameron Slater
Former ARC Councillor Bill Burrill is not the first dodgy ratbag Councillor to trough from abuses of power to his own pecuniary advantage in recent years. A few years back in 2009 Council Watch was calling for a number of Councillors from the Canterbury Regional Council to be prosecuted and sacked from their positions after an investigation by the Auditor General Lyn Provost found that four individuals had broken the law by acting in conflict with their official role. Back then those Canterbury Councillors failed to declare a conflict on interest that [led] to a financial benefit for themselves by participating in discussion and voting on proposals before Council. Under investigation the Auditor General’s office chose not to prosecute stating that whilst the Councillors should have withdrawn as a matter of principle – they had each received and shared legal advice that they could participate. And here in lies the problem. The Auditor General and Office of the Ombudsmen publish clear guidelines for Councillors and council staff but the reality is that the law is erroneously filled with holes that are exploited and there is precious little oversight of Local Government leading to the Auditor General loathing to bother and the Courts uninterested.
Read more 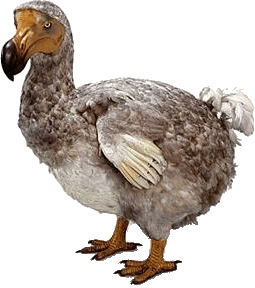 ### ODT Online Mon, 22 Sep 2014
Cull calls for end to exploitation
By Timothy Brown
Dunedin’s mayor has added his voice to the chorus of local politicians calling for an end to worker exploitation. Speaking to the Otago Daily Times about the issue recently, Dave Cull said: “It’s a major focus of council to create jobs in this community, but not sweatshop jobs. Those employers aren’t welcome, we don’t want them and we don’t need them.”
Read more

On results of the latest Residents’ Opinion Survey (ROS 2014):

“Mayor Dave Cull said it was ironic the community rated economic development, jobs and businesses so highly given changes to local Government meant councils no longer had a mandate to work in that area.” ODT 29.7.14

Dunedin Economic Development Strategy (2013), a blueprint for increasing incomes and job opportunities for Dunedin people —creating 10,000 jobs and lifting the median income by $10,000 pa within 10 years.