### ODT Online Sat, 10 Jun 2017
Property boss quits
By Chris Morris
The man in charge of the Dunedin City Council’s multimillion-dollar property portfolio has quit following a review by independent auditor Deloitte. [A] Council spokesman ….yesterday confirmed city property manager Kevin Taylor resigned last week. [DCC] responding to Otago Daily Times questions by email, declined to say what Deloitte’s review had found, insisting the final report was “still being considered”. The development came three months after the ODT reported the department responsible for property worth hundreds of millions of dollars was being reviewed ….The role was expected to change in future, with a “specific focus” on community and civic properties ….Mr Taylor’s departure was the latest upheaval for the city property department, following the departure of former city property manager Robert Clark in 2014, and his assistant manager, Rhonda Abercrombie, the following year.
Read more

### ODT Online Fri, 10 Mar 2017
Council’s property department under review
By Chris Morris
The performance of the Dunedin City Council’s city property department is under the scrutiny of an independent auditor. It was confirmed yesterday Deloitte had been called in to examine the department responsible for property worth hundreds of millions of dollars. It is understood the review’s focus was on the department’s performance, and any suggestion of impropriety has been ruled out. Deloitte has been brought in to provide extra resources for the review, but city property manager Kevin Taylor has been replaced in the day-to-day running of the department.
Read more

### ODT Online Tue, 29 Apr 2014
Quick exit for another DCC senior manager
By Debbie Porteous
Another senior manager is to have a quick exit from the Dunedin City Council after the announcement yesterday of his departure. Economic development and property group manager Robert Clark will clear his desk on Friday. He is returning to the commercial sector after six years with the council. Mr Clark’s withdrawal from the organisation comes after a proposal was circulated to staff last month in which his position was effectively disestablished, his responsibilities split between new positions to be created under a new council operating structure. The structure was developed by chief executive Dr Sue Bidrose in a review of the council’s property and economic development operations.
Read more

Dunedin City Council – Media Release
Manager Economic Development and Property moving on
This item was published on 28 Apr 2014
The Dunedin City Council’s Group Manager Economic Development and Property Robert Clark is leaving the organisation after six years to return to the commercial sector. General Manager Infrastructure and Networks Tony Avery says Mr Clark’s last day at the DCC will be on Friday, although he will continue to do transitional consulting work in the coming months on some significant projects.
Read more

For some weeks, independently of today’s news, the Dunedin grapevine has been rattling (autumn leaves) with tales of the missing City Property reserves, worth millions.

WHAT, you say. Noooooo.

Let’s hope our elected representatives are onto it.
Historical, it appears.

Thus the shadow boxing about town: raising all the circular questions of who and how, historically.

New blood to a system is supposed to flush out nasties, this takes hard analysis of past annual reports and investments, and of ‘figures’ present and correct —or not. Anything strange or unseemly, a mere whiff of stray fur, should be swiftly signalled to the chief executive for immediate independent audit, especially if to do with a property division.

The age-old question for local government continues to be: if you’re not a business person, how do you smell rats in your balance sheets and upon whom do you rely for sound advice, internally and externally, for the health and solid whereabouts of your ratepayer funds and assets. Indeed, without this staunch critical oversight how on earth can a council operate or even run its companies.

And how do you screen applicants; and monitor job performance.
Without great gaping holes in the cheese and skirtings, People! 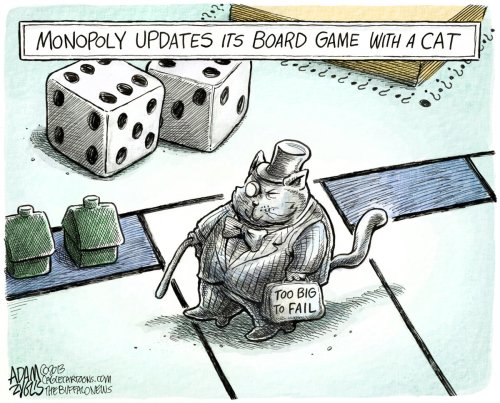