Taieri Times / Otago Daily Times fails to understand or elaborate (no research!) the issues raised by local resident and business owner Brian Miller in his submission to the Transportation section of the proposed 2GP. 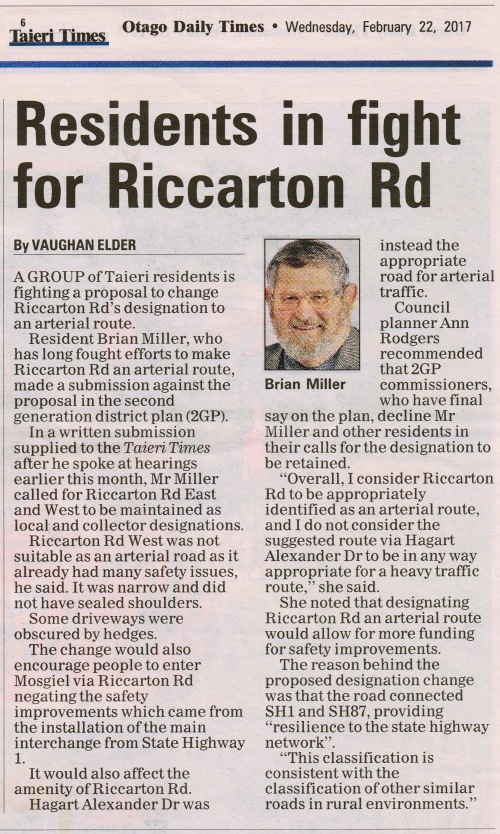 Mr Miller and his family have lived on Riccarton Rd for the last thirty years. In that time, variously, DCC have planned – and carried out supporting construction works – to enable Hagart-Alexander Dr (HAD) as an arterial route taking heavy vehicles ‘safely’; DCC have been to Environment Court on the matter, receiving clear rulings and sets of conditions bringing about these construction works; since then, however, DCC have formed the view – contrary to the Court rulings and agreed structure plans – that the arterial route should be Riccarton Rd, not HAD. Former city councillor and deputy mayor Sydney Brown has a residential subdivision to HAD.

Who is pulling whose chain here ?
DCC, in changing your minds, where is the due (fair and proper) process of public consultation ?

Are flicks of the pen all that DCC does now.

The Sin : City Planning, in its 2GP recommendations for the Taieri roading hierarchy fails to acknowledge legal determinations of the Environment Court of New Zealand and insodoing the council may be seen as INJUDICIOUS. Court rulings cannot be ignored holus-bolus to suit DCC fairyland futures for the Taieri.

[Sources at Dunedin say this is not the only case of DCC’s recent lack of regard for the Court.]

Further, to underline…. during the ‘Revised Planner’s Recommendations’ on February 10, the city planner was heard to say they regarded information presented in submission(s) as “old” – the strong inference being that Environment Court rulings do not count; or worse, that they had no idea any matters had, in fact, been to court. The City thus appears sunk on a problem of integrity, lawful or otherwise.

This situation simply would not arise if greater supervision and TRAINING was provided to salaried council underlings involved in 2GP processes. They must be fully cognisant of the history and implications of relevant legal rulings made in respect of council activities. That way they could see the trees for the wood when the likes of ex staff appear for ‘advice’ to hearing in trite bouncy-rat mode.

[The implications of contempt should perhaps be underscored instead of multiple teabreaks culture at the Civic Centre.]

Lastly, in god we trust…. the independent commissioners Messrs Collins and Rae are NO FOOLS.

WAKE UP DUNEDIN CITY COUNCIL, or
We The People will see you in Court.

THE SUBMISSION | Statement tabled at hearing

Note: Brian Miller gave his family trust’s 28-page submission (plus attachments) on the 2GP Transportation topic in the hearing of independent commissioners David Collins and Gary Rae, only. To avoid conflicts of interest, at Mr Miller’s request and with the Chair’s agreement, no councillor commissioners were present for the submission. 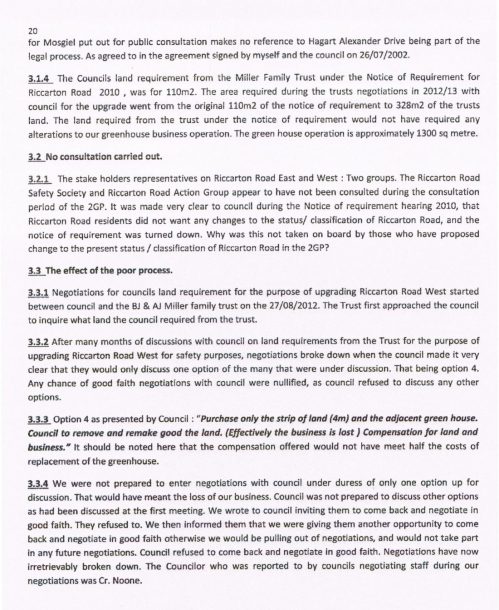 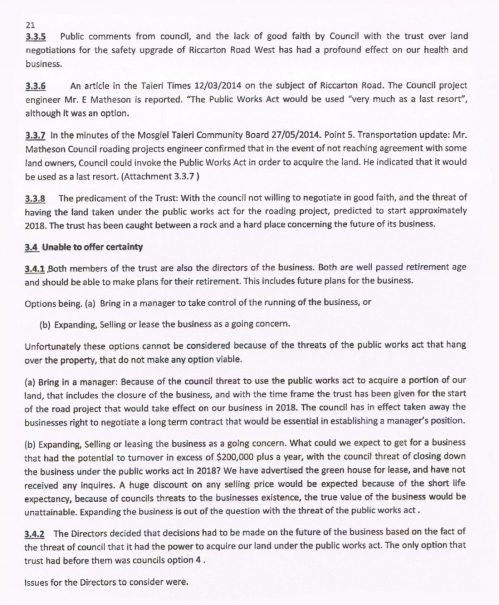 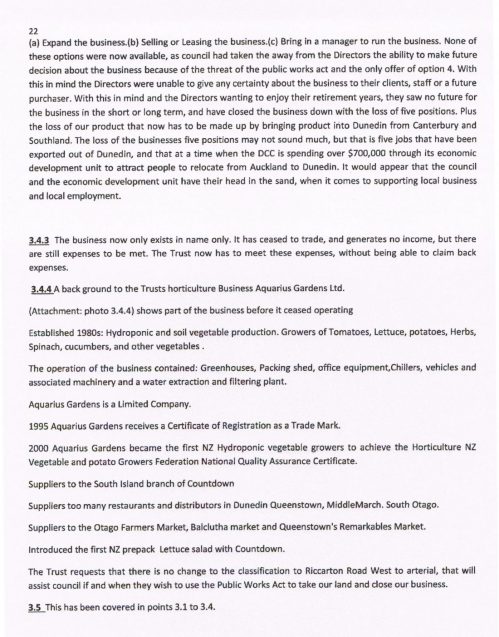 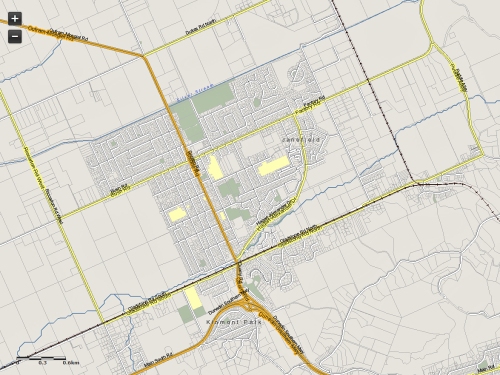 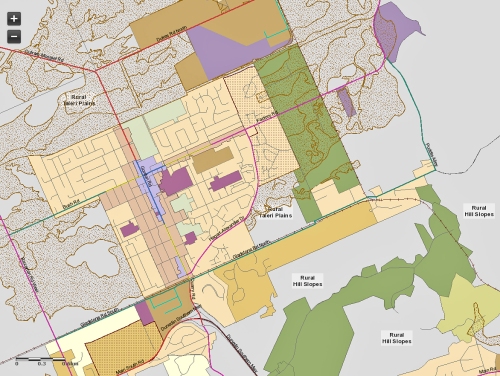