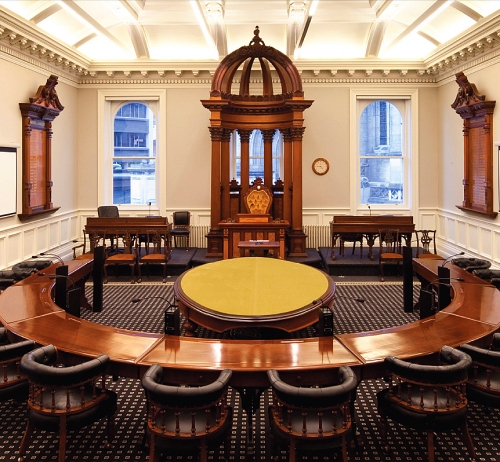 An ordinary meeting of the Dunedin City Council will be held on Monday 23 January 2017 in the Edinburgh Room, Municipal Chambers, The Octagon, starting at 9.00am.

I refer to your official information request dated 28-November-2016 for the following information. Our response to each question is in red font [italics at this website -Eds]:

1. Does the council-owned Wall Street Mall (211 George St, Dunedin) have a current building warrant of fitness, and if not why not?

The Wall Street Mall at 211 George Street does not have a building warrant of fitness. The current status of the Wall Street Mall building warrant of fitness is that a Letter in Lieu was issued for the Specified Systems 15.3, 15.4, 15.5 because a full 12 months’ worth of daily inspections had not been completed. We can confirm that since July, 2015, these daily checks have been in place and this will not be an issue for subsequent warrants of fitness.

Please note that where a Letter in Lieu is issued this means the Independent Qualified Person (IQP) confirms that the systems in the building are working as they should and are compliant.

2. Since the construction of Wall Street Mall was completed in what years has it had a current building warrant of fitness issued, and if not why not?

There is no building warrant of fitness in place for these premises. Instead the Dunedin Town Hall complex, including the Municipal Chambers, Dunedin Centre and the Metro Theatre, have a Certificate of Public Use in place. This means the buildings are safe to use.

These buildings do not have a current Building Warrant of Fitness as, at time of writing, no current Code of Compliance has been issued following the completion of the redevelopment work as there were some building elements requiring attention relating to fire engineering. These elements have been completed and the documentation submitted to DCC Building Compliance for Final Inspection and issue of the Code Compliance. Once the Code Compliance Certificate has been issued there will be nothing to prevent the issue of a warrant of fitness at the next inspection.

If you wish to discuss this information with us, please feel free to contact Property Manager Kevin Taylor on 03 477 4000. Mr Taylor has prepared the following report for the chief executive. This is provided for your information:

The DCC Property department has previously engaged an outside contractor to administer and manage the BWOF compliance on DCC properties, in particular the Wall St Mall. In early 2015, the Building Compliance aspect was sold to Logic Project Management Consultants and a new company called Logic FM was formed and took over the majority DCC BWOF administration.

Our experience as we undertake building audits is that previous advice may have been too lax or liberal in assessing the building’s compliance with particular codes, specifically around fire protection and fire cells. We have also found that the inspections that were contracted to have been undertaken were not fulfilled, leaving gaps in the compliance processes. Thus the BWOF could not be issued by deadline or due dates.

Subsequently, it has been our experience that Logic FM has been interpreting code compliance components beyond that required by the law and schedules to the Acts governing the specified systems. Thus we have experienced a number of “notice to fix” instructions issued which are in error.

To satisfy ourselves that the BWOF is being managed and administered as it should be, DCC Property has engaged independent experts, especially structural and fire engineers, to review the building’s specified systems and as-built safety components. These independent audits have been completed and the required reports and Letters in Lieu issued to enable the DCC Building Authority to issue the BWOF.

The BWOF owners inspections have been brought in-house and are undertaken by the property team’s asset management staff. IQP inspections continue with the specific trades as required.