Basic questions arising for the City, unpublished by the newspaper

We are often regaled by company directors, CEOs and bureaucrats with discourses on the importance of KPIs. KPIs?

Key Performance Indicators – one of many PR corporate speak Buzzwords.

Wikipedia’s definition is pretty broad but basically it means that certain measures designed by the company or board are measured against actual performances.

Recently, the term gained another meaning when KEY performance [was] reassessed in the light of John KEY’s resignation. Unfortunately his stellar career as Prime Minister seemed to be judged poorly by those political pundits doing the assessment.

The key word is Performance, the measure of which is judged in order to provide an increase in salary or measures which might lose the judged their position if they failed to meet the KPIs included as part of the employment contract.

The test is what performance is paramount and who is it paramount to.
These tests are important in worldwide businesses but is there a different reality in New Zealand? It seems to me that either the KPIs are set incorrectly or there is a disconnect because no one seems to fail, to not meet their predetermined KPIs.

One example is the role of council lawyers. Why would council lawyers write in an employment contract a clause which gave the employee a golden parachute even if they failed to meet their KPIs? Or was it the employees themselves who wrote the KPIs for their own future benefit? Surely if this was so, the lawyers acting for the company or body they represent would refuse to condone the parachute for employees and directors after proven incompetence.

The Dunedin City Council and its management, and the council owned companies, are surely charged with KPIs and, one surmises, about the results of such indicators and the resultant effects on the council and its employees. Can we analyse a few actions of the council and what the KPIs may have been and whether they would meet them and perhaps the consequences of meeting them or not.

The first and most obvious one is the theft of 152+ cars.
What was the measure of acceptable theft? Was it 20 cars, 100 cars or was 150 cars sufficient to tip them over the edge. And as another example, what was the Police’s key indicator on this matter? Do they prosecute for the theft or conversion of 1 car or does it take 160 cars to prosecute somebody for being involved either in the theft or knowing receipt of a car or cars?

The next is the investment in land and development projects by Delta.
Was failure in one, two or three such projects acceptable or is the magic number 5 (Delta will do it again and we have not quite got there yet).

The Dunedin stadium KPIs. Is a running cost of some $20million acceptable as an annual loss to the ratepayers or should the losses be only $15million or shock horror only $5million. Or should the ratepayers be released from the financial burden which was never the choice of the majority?

Sewage Treatment KPI – Is it acceptable to process sewage to a point that it pollutes the ocean two kilometres out or are we entitled to potable water ex site at Tahuna?

Mudtank cleaning KPI – How many mudtanks cleaned would be an acceptable result, would a flood in South Dunedin suggest that measure was incorrect? Contractual performance and payment for same. Would a KPI for the DCC CEO include overall managing payments to contractors? If a contractor did not perform to those KPIs set within the mudtank cleaning contract, should the contractor be still paid?

Delta KPI on pole replacement. Is 100 unreplaced tagged poles acceptable? Is 1000 acceptable? On suspect poles, is a KPI that the company changes so that they did not breach a previous KPI acceptable or should every company and council just change their KPIs to avoid failure, blame or the legal consequences?

Richard Healey, the “whistleblower” on Delta’s failures seems to have personal ‘built-in’ KPIs —including integrity, high quality job performance, peer safety and corporate responsibility. Just why do the CEO and directors’ KPIs apparently differ from these such that Healey has to resign for them to take note?

On Directors of the council owned companies, do their KPIs reflect their responsibility under the law or are they designed to protect the directors from prosecution under the law despite failure by other measures?

And where does the buck stop?

Just what are the KPIs upon which we judge the mayor, based? Is the only measurement his electability?

Are we the ratepayers not entitled to expect a KPI that includes retribution against failings in any DCC departments or DCHL companies? If we do not reward success and prosecute failure in some way are we not missing the whole point of Pavlov and his dogs? Should we not then close our prisons and let the perpetrators of violence, antisocial acts and any injustice roam free, surely this is the logical nett result of such an attitude of no judgement.

The analysis of John Key’s contribution would suggest that electability and performance may well be poles apart. Perhaps that is the greatest lesson we can learn from the errors of judgement of recent times in our city. 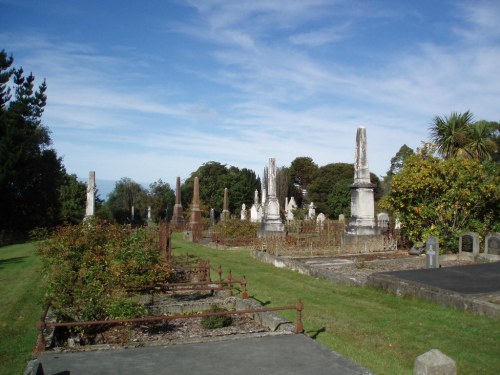 DCC indicates support for efforts to track down rare rose varieties across New Zealand. Initial focus on replacing up to 100 memorial roses and rarest roses in the collection.

█ This is not the same as DCC and Delta taking responsibility for the crime.

### ODT Online Wed, 18 Jan 2017
Six years to replace rare roses after mystery spray
By Vaughan Elder
Returning an internationally significant rose garden at Dunedin’s Northern Cemetery to its former glory will be a “huge job” and likely take six years. This news comes as Delta, the contractor responsible for looking after greenspace at the cemetery, was criticised over a lack of accountability at how a mystery substance came to be sprayed on the roses. Heritage Roses Otago convener Fran Rawling said it was becoming apparent more roses were affected than initially thought. About 500 roses, more than 40% of the about 1200 at the cemetery, were showing signs of damage. Despite some regrowth, she believed most would have to be ripped out along with any contaminated soil.
Read more

Heritage Roses Otago committee member Robyne Selbie has hit out at Delta saying it had shown a lack of accountability over the damage to the roses. “Accidents happen. We can accept that but the culture of ‘cover up and deny responsibility’ until proven otherwise seems to be established in this company,” she said in a letter to the Otago Daily Times. (ODT)

DCC is rather good at unbelievable (faith breaking) spin, its well-practised hopeless resort when all else has already failed. Interested public v DCC (1 : 0)

Robyne Selbie maintains that ‘As the contractor responsible for spraying, it was up to Delta to prove it was not responsible.’ 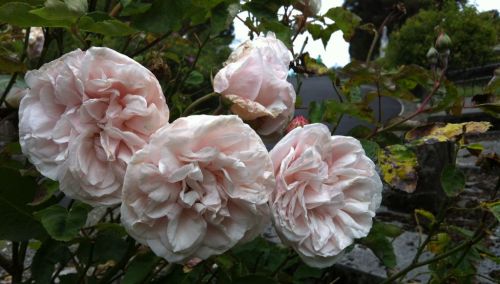 █ [blog] Fiona Knox: The 1,001 roses of the Dunedin Northern Cemetery
There are well over 1,001 roses in the Dunedin Northern Cemetery. About one hundred of these are Memorial Roses – roses planted as by descendants and relatives for those buried in the plots – and the remainder are roses that Heritage Roses Otago have purchased and planted, and continue to care for. The roses chosen are those in keeping with the age of the Cemetery, which was opened in 1872. You’ll find species roses; once-flowering European roses of delicious perfume: Gallica, Alba, Centifolia, and Damask roses; the elegant ever-flowering roses of Asian extraction: the Chinas and Tea roses; and their hybrids, up to, but not including Hybrid Tea roses. None of our roses are ever sprayed, and we never water the roses.
Read more

### ODT Online Sat, 17 Dec 2016
Anger after cemetery roses sprayed with herbicide
More than 380 roses in Dunedin’s Northern Cemetery, some of which are more than 130 years old, have been sprayed with some kind of herbicide. Heritage Roses Otago convener Fran Rawling told the Otago Daily Times yesterday she was shocked and angered by the action, particularly by the damage to 40 memorial roses planted by families of some of those buried at the cemetery in the 1870s. […] Dunedin City Council parks operations manager Hamish Black said the council was working to identify the source of the chemical damage.
Read more

Is DCC shielding Delta over the spraying ???? Because now we find no report until after Christmas ???!!!! Damage control in more ways than one, perhaps.

### ODT Online Sat, 24 Dec 2016
Damage to roses, bushes, trees
Trees and native bushes are now thought to have been damaged by a mysterious substance which decimated heritage roses at a Dunedin cemetery. The results of tests to determine what damaged as many as 500 roses in the Northern Cemetery, some  more than 130 years old, were expected to be released this week. However, council parks operations manager Hamish Black yesterday said  results were now expected to be released next month.
Read more