Nothing left in the tank.

Not by lunchtime.
A new prime minister by this time next week.

Less tired… John Key and Milly the kitten at Parliament 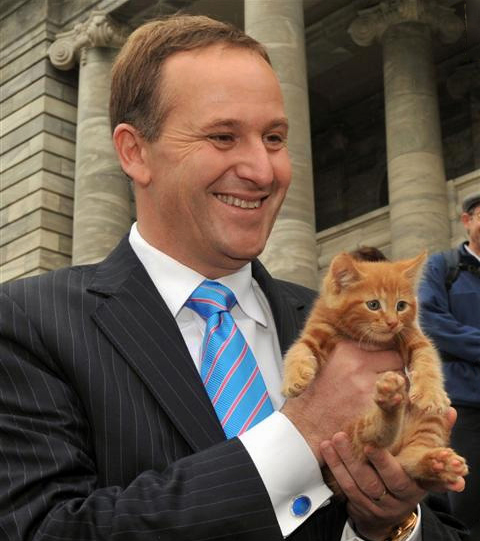