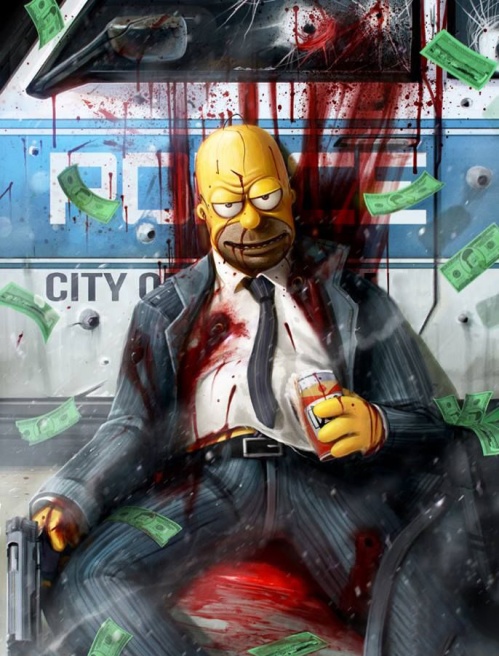 Readers, your correspondent has decided that the present Delta/Aurora situation has many similarities to a drug deal gone wrong.

Grady Cameron and Matt Ballard have a drug problem, and the drug concerned is dividends. They are being stood over by their directorial pimps, Stuart McLauchlan, Trevor Kempton, Ian Parton, David Frow and ex ORFU beat-up specialist Steve Thompson (who are also heavy users of the dividends concerned), to produce more, more, more, every year. Despite the intimidation from the pimps, and threats of financial violence (if you don’t meet the most important KPI being $9.5M of dividends, no salary increase for you !), they bought themselves some breathing space, for a year or two, but down at the street corner (where the poles are !), Messrs Cameron and Ballard stopped looking after the infrastructure that laid the golden eggs of revenue a long time ago and stiff-armed them instead. The result ? – the “network” concerned voted with their cross-arms and simply “fell away” ….but who are the pimps working for ? Who has the raging dividend habit ? Who is the junkie that like all junkies, will engage in lies, fraud, misrepresentation as grist to its mill to feed its dividend habit ? It is of course the atrophied and hollowed out financial wreck that is the Forsyth Barr Stadium, that has a 40-year $7.2M dividend drug habit that it needs and feeds on for survival. Who allows this habit to continue and feeds off it also ? Mayor Cull, the Pablo Escobar of Portobello Rd.

While on the subject of addictive behaviour, Vaughan Elder and Chris Morris will also soon have a drinking problem, because from Saturday every time they venture into a bar, they will be shouted a drink by all Dunedinites that live or walk by a rotten power pole (all of them). The Otago Daily Times (ODT) had a flood of coverage and it was excellent, including a precise summary of the recent dismal Delta and Aurora history. Book your flights to the national media awards now guys. Hopefully this is the virtuous circle in action – excellent coverage, more ODTs and advertising sold, more resources given to the story, more revelations, more ODTs sold. Your correspondent has been proven to be very wrong in his earlier #EpicPowerFail post. Far from being missing in action, after a late start they are all over the issue, and instead of making us sick they are making us proud. Go ODT !!

Today your correspondent was alarmed at the offhand comment made by Pablo Escobar’s DCHL sideman, Mr Crombie, when he said in response to being grilled by the ODT that “the financial effects of replacing thousands of poles could be managed by changes to the timing of Aurora’s planned capital programme”.

There are two very important questions that arise from this – 1) How much will the replacement of the poles cost, and 2) what items of Aurora’s capital programme can be deferred. 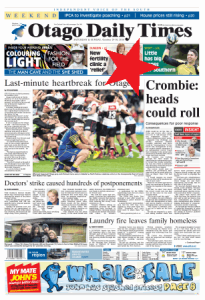 Dealing with 2) first, Mr Crombie must have been mainlining on dividends and as high as a kite when he said this. Either that or there was a forlorn attempt at some more quarter truths and a desperate hope that the long term Aurora Asset Management Plan 2016-2026 (AMP) might disappear from the Internet. Your correspondent, fortified with a LOT of Bells did some heavy lifting through the 185-page document and can report the following pearls from Aurora’s own AMP that show that Mr Crombie, like so many addicts, is delusional :

Firstly, in the space of one year from 2015 to 2016, the state of the network (without the recent revelations) was so knackered that even with the best attempts of Matt Ballard, the Delta ‘General Manager for Risk and Capability’, to minimise capex by various sleights of hand, including the famous algorithms outlined in #EpicPowerFail 3, the amount of capital spending required ballooned – in the space of a year – from $373M to $443M, an increase of $70M. (AMP, 7.1 Financial Forecasts). Incredibly, Mr Cameron and the Board indulged in misrepresentation by reporting to DCHL that the total 10-year capital spending increase was only $417M, not $443M, by the simple and dishonest expedient of comparing
two different 10-year periods. This piece of elementary financial alchemy clearly escaped Mr Crombie and the other DCHL directorial head nodders also.

Councillors, please remember that Mr Crombie is going to lecture you in a month or two that you Must Lend $13.2M as a second mortgage to a shell company, Infinity Yaldhurst, with no visible means of support, because There Is No Alternative. It is clear from the above he either cannot read an elementary spreadsheet, or considers an error of around $26M of ratepayer funds trifling and not worthy of comment or correction. Coincidentally, this is the amount of the Yaldhurst debt. Not coincidentally, Mr Crombie doesn’t think $13M of ratepayer funds written off at Yaldhurst is significant or comment-worthy either. Where do we find these people ? You have been warned, Councillors.

To justify this sudden $70M increase in spending, the asset management plan helpfully provided some explanations of the scope of the work, and why it was urgent, which is going to haunt Mr Crombie, hopefully all the way to resignation. On Page 160, Aurora explained that “half of the increase is associated with deferred zone substation expenditure for which there is no further opportunity for deferral”.

In the next five years (2020-2022), there is $29M allocated for rebuilding worn out substations in Dunedin (Andersons Bay, Neville St, Smith St, Willowbank) that cannot be deferred. The reason that the substations are not being rebuilt before 2020 is because the major 11kV / 3kV lines that serve the substations are in even worse shape than the very aged substations built in the 1950s and early 1960s. The cables are already failing and have to be replaced even before the substations. Page 156 of the AMP helpfully describes the problem, “These cables are very old … These cables are now at the end of their life as the bronze tapes [that act to retain the gas insulation] are corroded and failing.” Regarding the possibility of failure, the AMP is candid “….have had some gas leaks … Gas leaks are difficult to locate and expense to repair … requires the cable to be out of service for several days for repairs to be made”. In relation to another type of cable, PILC cable, the ever helpful AMP notes, “We have had a number of failures of the Kaikorai Valley cables” [due to the oil impregnated cables leaking, then drying out and failing].

If readers are in any doubt as to how much of a knife edge their power network is being run on, Page 62 (Asset Risks 4.5.3) will spill the Bells all over the sofa : “Perhaps the most significant risk of a catastrophic asset failure relates to our remaining 33kV gas filled cables.”

To conclude, readers, Mr Crombie is simply creating yet more mad hatter conditions at Delta/Aurora with the desperate and inaccurate statement, that tens of millions of unplanned expenditure (the actual cost will be the subject of the next post, out of time and tea tonight !) could be accommodated by simple funding re-arrangement. (Deck chairs on the Titanic, anyone ?). There are more distortions at Delta/Aurora than in a fairground hall of mirrors.