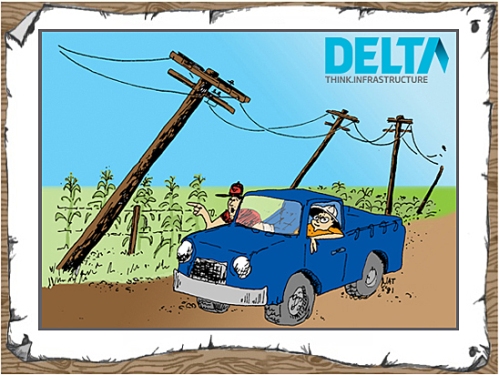 Readers, do you know what an algorithm is ? OK, make a brew and consider this while letting the Bells blend with the white stuff : WiseGeek advises that an algorithm is “a set of detailed instructions which results in a predictable end-state” (that’s geek for : “result”), however it also cautions that algorithms are only as good as the instructions given.

WiseGeek goes on to say that examples of the algorithmic, are instructions for assembling a model airplane, or, for the manually challenged among you, a computer programme ie simply, instructions in a set order, designed to perform a specific task….

Now, diving deeper, WiseGeek advises there are a number of different types of algorithm, with such esoteric names, as, “brute force algorithms”, “randomised algorithms”, and even backtracking algorithms (buy one of those quickly Grady !!), and my personal favourite, the “divide and conquer algorithm” (Yes Grady, Mr Crombie has bought one of those and was practising with it in today’s ODT….). Speaking of the ODT, if Vaughan Elder keeps up his sterling work, awards are beckoning for him, and deservedly so.

But the algorithm that Delta prefers and uses is the Greedy Algorithm, which is defined as an algorithm that “attempts to find not only a solution, but to find the ideal solution to any given problem”.

Now readers, stop stamping your feet, spilling the Bells and making the super wines all soggy (no madeira cake for you, ratepayers !). I understand that you don’t want to know about arcane formulas to balance electrical loads and the like, and how could algorithms possibly have anything to do with replacing rotten power poles ?

Within the “asset strategy” department of Delta – yes there is such a thing, and yes, they are six-figure inhabitants of the Delta payroll, there are some computer scientists, who have constructed a greedy algorithm to Grady’s specifications. Within the lines industry, this algorithm is the 8th wonder of the world. It can take a linesman’s power pole condition report, complete with photographs and evidence of rotten bases, and re-classify it from Condition 0 (immediate replacement) to Condition 4, 5, 6. This is a wonderful thing, because it enables Grady and his enablers to say that poles have been “rigorously tested by computer analysis”, and of course, computers are never wrong and are far more accurate than a few crusty old linesmen who only do actual visual inspection.

Your correspondent has been given information that recently, Chorus asked for permission to attach a Telecom line to an aged pole (is there any other sort in Dunedin?). The report from the field was that the pole was knackered. However, the computer had not been consulted, and the strategy department duly ran it through the algorithm, and it returned a classification of 0. Bad computer !! That was not “the ideal result !”. A bit of tough computer love ensued, and the pole was re-run through the algorithm again, and the pole re-emerged with a barely adequate rating of 2. There you go, said strategy, all fixed and ready to roll for Chorus ! “Not quite” said the people whose staff had to risk their lives getting up the pole, the pole is still had it ….regardless of what the algorithm says. Undeterred, the mad scientists of strategy ran the pole through the algorithm again and this time…. it yielded a rating of 4 ! Problem solved ! said the mad scientists, climb as high as you like – hook 10 Telecom lines on there !

The department responsible for the lines staff, then had had enough of the madness, and wrote an email that has become famous within Delta ….it said

“IF THIS POLE GETS RUN THROUGH THE COMPUTER ALGORITHIM AGAIN, THERE IS A VERY STRONG CHANCE THAT IT WILL SPRING TO LIFE AND GROW BRANCHES.”

This is the mad hatters world that Grady Cameron, Parton, Frow, Kempton, McLauchlan have created and presided over at Delta. A March hare would be envious.

If Delta had a belfry, bats would fly out of it.

█ For more, enter the terms *delta*, *aurora*, *epic fraud* or *dchl* in the search box at right.