Ratbags for your avoidance #elections

█ Placement! Who is paying for online ads at Whaleoil, none other than the plodding lesser Stains of Dunedin.

### whaleoil.co.nz September 3, 2016 at 7:30am
New Zealand’s Dodgiest Local Government Politician Awards
By Cameron Slater
With two weeks until the local government voting papers are mailed out it is time to kick off our dodgiest local government politician competition again.
Who are the rooters, boozers, money wasters, drink drivers and assorted criminals who think they should stick their nose in the public trough?
Who are the incumbent candidates who are so useless that they couldn’t get a job in the real world and only stay standing because they need the money?
Who are the people with appalling records in business or with public money who want to get their hands on more public money?
If you want to nominate a ratbag for the competition please email the tipline.
We already have some nominees, and we are working on a boozy mayoral candidate who made an arse of himself in Japan, and a boozer and a rooter who played away in Hong Kong.
Whaleoil Link 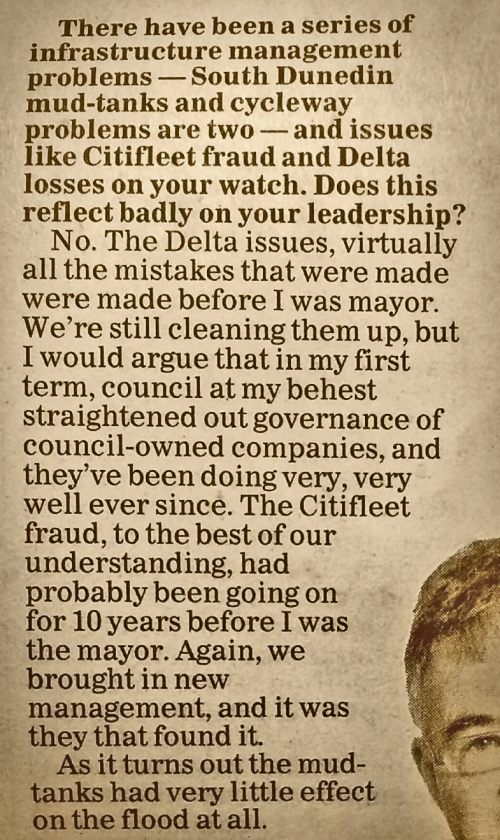 One of the greatest acts of political vandalism i've ever seen #Dunedin pic.twitter.com/cOuwjp6Mza

█ How are we feeling now ? edified ? gutted by lack of real choice ?
Then, in came someone new called …….