NZ Economy —if you’re not Treasury

Either an interest rate hike or rising unemployment, together with falling migration, would spell “the end of the party”….
Due to the Reserve Bank putting restrictions on lending and other measures, the underlying economy was in good shape to withstand “a shock”. –Dominick Stephens, Westpac Chief Economist

### radionz.co.nz Fri, 10 June 2016
Nine to Noon with Kathryn Ryan
The risks of rising household debt
9:08 AM. NZ household debt has reached half a trillion dollars. That’s $100,000 of housing and personal debt for every man, woman and child. Nine to Noon speaks to Westpac Chief Economist, Dominick Stephens and Massey University’s Dr Jeff Stangl about the risks that poses to the economy. Link
Audio | Download: Ogg MP3 (30′19″)

### radionz.co.nz Sat, 11 Jun 2016 at 12:15 pm
RNZ News
Tough times coming as debt soars, warns economist
Record high household debt levels are not sustainable, warns a leading bank economist. At half a trillion dollars, housing and personal debt has hit 162 percent of the average household’s annual disposable income – higher than levels before the global financial crisis.
Westpac Chief Economist Dominick Stephens told Nine to Noon the decline in dairy prices was hurting the regions, but the downturn following the end of the Canterbury rebuild would be more severe than most people were prepared for. The rebuild played a huge role in the “rock star economy” between 2012 and 2014, with the international reinsurance industry dropping $20 billion on New Zealand and the government pumping in another $10b. As that money dried up, some business owners could find their businesses were not as robust as they thought, Mr Stephens said. What was less certain was when the “borrow and spend” dynamic – fed by skyrocketing houseprices – would come to an end.
Read more 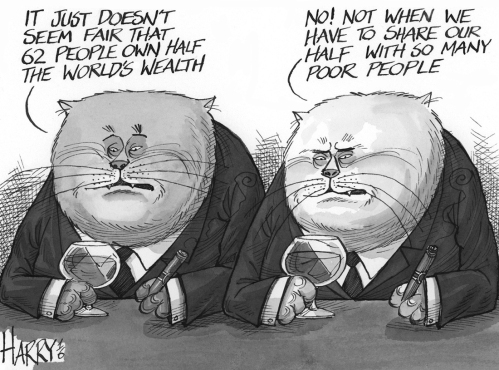 16 responses to “NZ Economy —if you’re not Treasury”