If you don’t like Trump – LOVE him for this #climatechangeCon

YES YES YES !!!
(if it helps STOP all the rot at DCC, Dunedin *takenoteDavidCull) 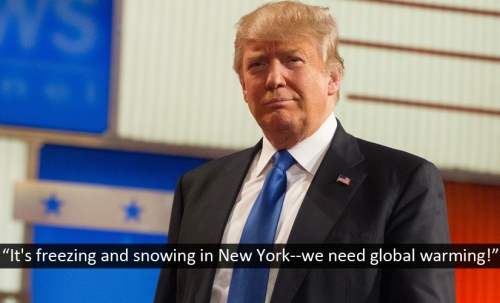 ### The Daily Telegraph (UK) 27 May 2016 • 7:04pm
Donald Trump vows to cancel Paris agreement and stop all payments to UN climate change fund
By Associated Press
Presumptive Republican presidential candidate Donald Trump unveiled an “America first” energy plan he said would unleash unfettered production of oil, coal, natural gas and other energy sources to push the United States toward energy independence. Mr Trump promised on Thursday to cancel the Paris climate agreement and stop all payments of US tax money to a United Nations fund to mitigate effects of climate change worldwide. But the speech, delivered at the annual Williston Basin Petroleum Conference in Bismarck, North Dakota, went far beyond energy, as Mr Trump laid out, in his most detail to date, a populist general election pitch against likely rival Hillary Clinton.

AT A GLANCE : Paris climate change agreement
1. A long-term goal to limit global warming to ‘well below’ 2C, or 1.5C if possible
2. National pledges to cut greenhouse gas emissions in the 2020s
3. A plan to make countries pledge deeper emissions cuts in future, improving their plans every five years
4. Rich nations to provide funding to poorer ones – ‘mobilising’ $100bn a year until 2025, and more thereafter
5. A plan to monitor progress and hold countries to account

[…] Mr Trump delivered the policy address just hours after The Associated Press determined he had won the number of delegates needed to clinch the Republican presidential nomination. […] He is among many Republicans who reject mainstream climate science. He has called climate change a “con job” and a “hoax” and suggested it is a Chinese plot “to make US manufacturing non-competitive.” He accused President Barack Obama of doing “everything he can to get in the way of American energy”.
Read more 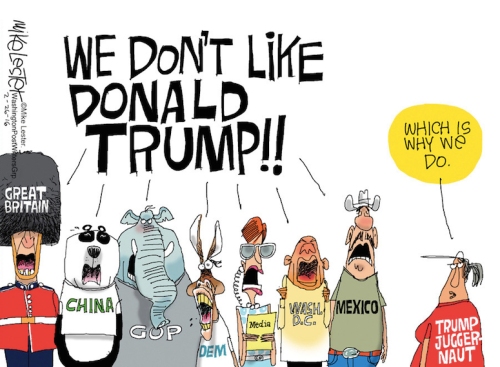 Election Year —this post is offered in the public interest.