Bruce Hendry (81) wrote a report on last June’s flooding after becoming fed up with the lack of answers from the Dunedin City Council.

### ODT Online Sat, 13 Feb 2016
Flooding: lack of maintenance blamed
By Vaughan Elder
A man who helped build South Dunedin’s drainage network says a lack of maintenance exacerbated problems caused by last year’s record-breaking flood. […] “Eight months after what has probably been the biggest and most expensive disaster in Dunedin since the 1929 floods, answers relating to the future and safety of those most affected, particularly residents of South Dunedin, have not been given,” he said in the report.
Read more

In reference to the news article in today’s Otago Daily Times, ‘April date for report on flooding’
http://www.odt.co.nz/news/dunedin/370819/april-date-report-flooding
I note the anticipated report is subject to peer review:

“Mr McCabe told the Otago Daily Times the lengthy timeline was needed to ensure the report was “robust”, including an external peer review of its findings.”

I note the earlier council report, tabled at the full council meeting on 30 November 2015 (I attended this meeting):

I request the following information:

2. What was the name(s) of the peer reviewer(s) and their professional accreditation and or relevant work experience?

3. Is the peer review(s) available for public scrutiny, and if so I request a copy in digital format by email.

I look forward to your reply.

Further to my use of the online form at DCC website:

I request the following information:

1. Can Dunedin City Council tell me if all mudtanks and stormwater drains in the South Dunedin catchment have been physically cleared in the time elapsed since the 3 June 2015 flood?

2. How many times have these mudtanks and stormwater drains been checked and cleared since the 3 June 2015 flood?

3. Which contractor / subcontractor has been responsible for this monitoring and clearance work since the 3 June 2015 flood?

4. Who (name and staff position) at Dunedin City Council has been directly responsible for checking the contractor / subcontractor work since the 3 June 2015 flood?

5. Are there any items of stormwater infrastructure in the South Dunedin catchment that are known to be blocked or cannot be cleared (if for any reason), since the 3 June 2015 flood?

I look forward to your reply in digital format by email.

█ For more, enter the terms *flood*, *hazard* or *south dunedin* in the search box at right. 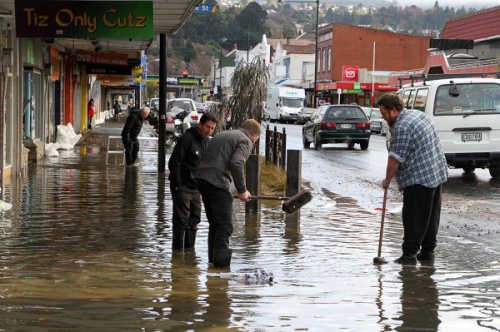