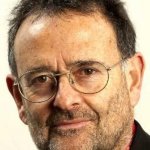 Cayford summarises the “causes of action for this hearing – which followed the judicial review heard by Justice Heath (posts here and here)”:

“that the Kaipara District Council (KDC) does not have the power to rate for unlawful purposes. That KDC acted unlawfully in deciding to enter into and expand the Ecocare Wastewater Scheme, and that it could not then enforce rates on ratepayers.

“that the KDC acted inconsistently with the Bill of Rights Act by initiating Validation Legislation which had an effect of undermining MRRA judicial review proceedings – to which they had a right.”

Of critical interest, Cayford says Matthew Palmer, in his closing, “told the Justices, to the effect: “a consequence of adopting the arguments of my learned friend would mean that any Council in New Zealand can breech Local Government Act provisions with impunity, leave ratepayers with the bill, and mean that Long Term Plans all become window-dressing, ratepayer submissions become meaningless. That cannot have been what Parliament intended.””

Although the Court of Appeal ruling is some way off, fallout might very well illuminate effects of the Dunedin stadium rort, council debt loading and issues of general competency.