█ Message: I have received confirmation today that DELTA are not just in a bad debt situation plus $1.5 million invested with the stalled Noble subdivision, but that they have subsequently invested even more in the Noble development than I had indicated yesterday.
Further claims from my business contacts associated with the Noble Subdivision are as follows:

Delta (Dunedin ratepayers) also appear to be funding Gold Bands current High Court attempt to defeat [ ] caveats in a mortgagee sale. The sole purpose of this High Court action [ ] is so Delta as second mortgagor can profit at the expense of the private citizens prior interests.”

Below is a representative title for the Noble subdivision.
As you can see there is a mortgage on the titles which tells you which other titles are involved, and a myriad of caveats.
In short, DELTA have bought heavily into a stalled litigious mess, with far too many similarities to their Jacks Point/Luggate debacle. 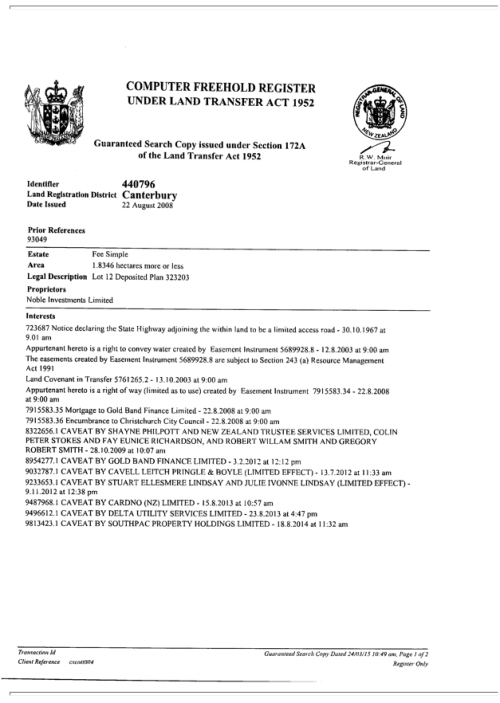