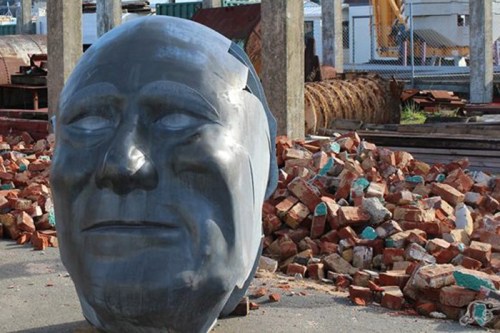 Repeat after me —I AM NOT TERRY STRINGER

### 3news.co.nz Saturday 24 Jan 2015 6:00 a.m.
Muldoon sculpture could be a steel
By Simon Wong – Online Reporter
It could just be the perfect thing for any political buff with a penchant for Sir Robert Muldoon. A 500kg galvanised steel likeness of the polarising former Prime Minister has been put up for sale on Trade Me with a starting price of $20,000. The 1.5m high bust, which is 1.2m in diameter, is being sold by Dunedin’s Zealsteel manager Lawrie Forbes who commissioned the piece in 1999. Sir Robert entered Parliament in 1960 and was Prime Minister from 1975 until 1984.
Read more