Sadly, it’s not all that long since Phil privately emailed to tell me where he’d been…. And just over a year ago while I tended my terminally ill mother at Dunedin Hospital Phil let me know he was there too and how he was looking forward to discharge to spend time at home with his family. 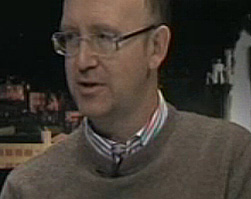 ### ODT Online Sat, 13 Sep 2014
‘I knew it wasn’t going to be good news’
By Hamish McNeilly
Life changed for Phil Cole almost a year ago when he was diagnosed with acute myeloid leukaemia. The transportation engineer, frontman of the High St cable car project, council aspirant, devoted family man and despairing Fulham Football Club fan spoke to Hamish McNeilly about the past year. It was the moment he realised he was mortal. Phil Cole had been told his acute myeloid leukaemia was terminal. “It is the point you are not immortal any more; you are mortal. I remember thinking ‘I am going to die’.” In February, he was told he had weeks, possibly months, but certainly less than a year to live. It all happened so fast.
Read more

Phil Cole
Submitted on 2014/06/25 at 5:22 pm
Apologies for not contributing to these pages for a while! From initial readings of what the ODT editorial says about the ORC Regional Public Transportation Plan (this morning) and from what the ODT reports have said so far, it seems to me a lot of ‘missed opportunities’ have already occurred in the draft plan – some very obvious!
I’ve only read the first page and that gives away a lot already – all the agencies consulted and no input from any ‘transport users groups’. With respect, none of them know what the customer actually wants.
Public input – which they stress they require – will as usual be almost completely ignored as the results from public input will involve either NZTA having to change the way they go about funding public transport or the ORC (or DCC if they ever get round to taking over the running of the buses) having to fund a service that people are going to actually use.
I shall have a good read over the next week or so and submit to the ORC my views on the matter. If, as a result of reading the editorial and other bits in the ODT about the Draft Plan have anything to do with it, the proposal as it stands will be an unmitigated disaster for Dunedin – and that says a lot given the current ‘farcical’ public transport system on offer!

### ch9.co.nz July 22, 2013 – 6:49pm
Nightly interview: Phil Cole
News emerged early this year the High Street cable car could be back in action within five years. The trust behind the project was preparing for a major fund raising drive, and planning for a $2 million terminus near Mornington Park. Six months down the track, a public meeting is being planned to update the public on progress. Dunedin Cable Car Trust chairman Phil Cole is here with the latest.
Video

Other submitters yesterday included civil and transportation engineer Phillip Cole, who questioned details of the project and warned against following the Gold Coast’s high-rise example. “Dunedin’s heritage soul should not be sold to the devil. Once lost, you will never get it back.” ODT 19.12.12

Thanks Phil, for all comments sprinkled through What if? :)