John Key PM, plus and minus 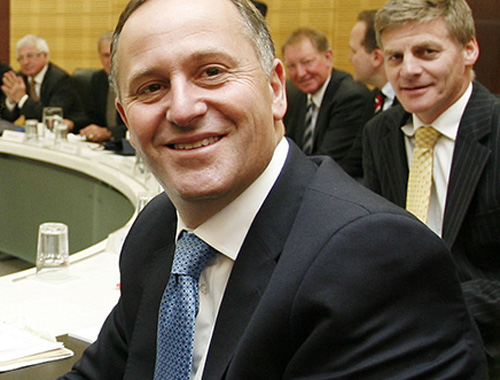 Key’s inch-by-inch retreat to the point where his imagined leftwing conspiracy turned into a rightwing one and he had to sack — sorry, accept the resignation of — Judith Collins has reflected a trading-floor culture, not the disciplined executive management required of a modern prime minister.

Our democracy is still in far better shape than that of the United States, a country Key fawns over. And Key is generally a man of goodwill and decency. If he gets a third term, he could, with guidance from his Deputy Prime Minister, retrieve his democratic authority.

‘The health pillar of good government’ (2.9.14) at http://www.colinjames.co.nz/the-health-pillar-of-good-government/

● Colin James is a social and political commentator.