Council chief executive Sue Bidrose said in the statement she had “immense respect for the honourable action Tony has taken”. 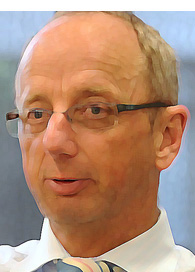 ### ODT Online Thu, 28 Aug 2014
Top DCC boss Tony Avery quits over Citifleet scandal
By Chris Morris
The Dunedin City Council’s alleged Citifleet fraud has claimed another victim with the shock resignation of infrastructure and networks general manager Tony Avery. Mr Avery announced his decision to quit the council in a media statement this afternoon, saying he accepted “the management buck stops with me”. That was despite not being aware of, or involved in, the alleged fraud, or receiving information that alerted him to it, he said. Read more [comments closed, again]

● Today’s cosy news is an ODT/Ch39 exclusive – no other News Media given scoop. Tomorrow’s ODT will feature an exclusive interview with Mr Avery who says ‘he has done nothing wrong’ but he has ‘some strong things to say’ !! (ODT interview given prior to his statement, we hear)

● (Ian Telfer) RNZ News
Council manager resigns over fleet – DCC staff told this afternoon. ‘In a statement, Mr Avery said he was not involved with and did not know about the fraud, but relied on internal financial controls which let him down.’ Link (subtle dig at former CFO ?)

● (Wilma McCorkindale) Stuff via Southland Times
Dunedin council manager resigns amid fraud probe – ‘Avery, with the council since 2000, has fallen on his sword in the wake of revelation the DCC has been the victim of an alleged sizeable employee fraud within its Citifleet unit, which manages the council’s vehicle fleet.’ ‘An investigation by Deloitte was “very clear” there was nothing to indicate Avery was aware of the alleged fraud. Bidrose stressed Avery was not one of the DCC staff currently involved in employment processes resulting from the suspected activity.’ Link

Posted by Elizabeth Kerr
█ The site owner reserves the right to take down or abridge any comment.