Anonymous is asking questions of University of Otago Vice-Chancellor Harlene Hayne, and threatening to make this a weekly feature. What if? happily and loosely accommodates regular questions so long as they’re narly.

There’s the big question about university sponsorship of the Highlanders. Understandably, this leads to questions for our bluestocking about her appropriateness or not for the role of vice-chancellor, turning on research, teaching and funding priorities, marketing, and decision-making processes within the local ivy league.

Who is Harlene Hayne?
She is a psychology researcher by training, and her work has focused on field memory development in infants, children, adolescents and adults. Prof Hayne was born in Oklahoma, raised in Colorado, and earned degrees at Colorado College and Rutgers University. She was recruited to the University of Otago after doing a postdoctoral fellowship at Princeton University. With a decade of teaching at Otago under her belt, Prof Hayne recently assumed the University’s Vice-Chancellorship. She is the first woman selected to lead the institution in its 142-year history. Outside the University, she sits on the Innovation Board of the Ministry of Science and Innovation, and serves as co-chair of the Prime Minister’s Science Advisory Committee Working Party on Reducing Social and Psychological Morbidity during Adolescence.

Channel 9 (now Ch39) February 10, 2011 – 7:21pm
Prof Harlene Hayne is both excited and passionate about the prospect of her new role as Vice-Chancellor. She talks candidly about her hopes and aspirations for the future. Video

Anonymous
February 11, 2014 at 5:14 pm
Ask Harlene about senior managers from University Union getting tickets/trips to All Blacks tests and whether or not Frucor still makes loyalty payments.

Anonymous
February 15, 2014 at 11:57 am
Ask Harlene, 15/2/2014 (this will be a weekly feature)
How many staff are being made redundant from Marketing and Communications? What are the proposed retrenchments in the current year? Have any staff been threatened with termination for non-performance on medical grounds? 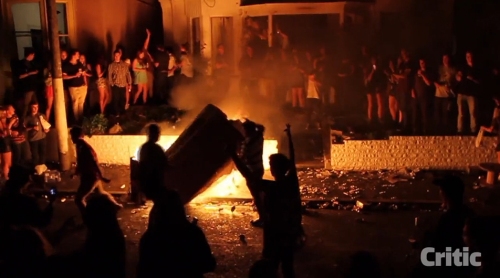 67 responses to “University of Otago: Starter questions for Harlene”