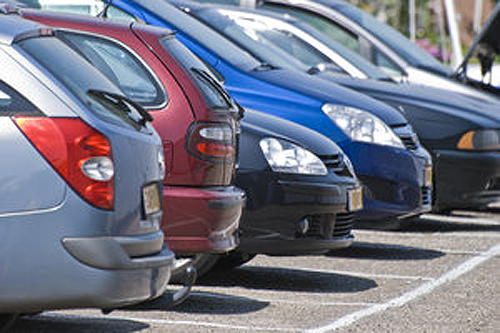 Some changes to on-street parking outside Dunedin Hospital are coming soon as part of measures to improve cyclist safety. The changes will occur in the block of Cumberland Street between Hanover and Frederick Streets and should be implemented in late January/early February.

Dunedin City Council Senior Traffic Engineer Ron Minnema says, “The objective of the changes is to reduce the risk to cyclists by reducing the number of conflicts between vehicles manoeuvring into car parks and northbound cyclists.”

The changes will also complement the wider cycle lanes. The changes involve increasing the maximum time period on the 13 pay and display parks from four hours to all day, removing the bus stop, installing no stopping lines immediately south of the entrance to the Hospital car park and construction of two extra mobility parks. That will mean there will be four mobility parks (two more than at present) and 2 P5 parks (one less than at present).

The Southern District Health Board, the NZ Transport Agency, the Automobile Association and the Otago Regional Council have been consulted about the parking changes, Mr Minnema says. The changes, which are part of short-term safety measures to improve cyclist safety in the central city, were discussed by the Council in May 2013.

Once the changes have been made, the DCC will monitor the on-street parks outside the Hospital on Great King, Hanover and Frederick Streets. The results will be discussed with the Health Board to determine whether any further changes are required on these streets.

Earlier in 2013, minor changes to parking took place at 17 sites in the central city. All these parking changes are in response to the Council in November 2012 asking the NZ Transport Agency to identify short-term measures to improve cyclist safety, as well as developing a long-term plan with the same vision.

Part of the long-term plan is a separated cycle lane proposal which involves two preferred long-term options for improving the safety of Dunedin’s one-way sections of State Highway 1. Consultation on this proposal closed on 6 December last year.