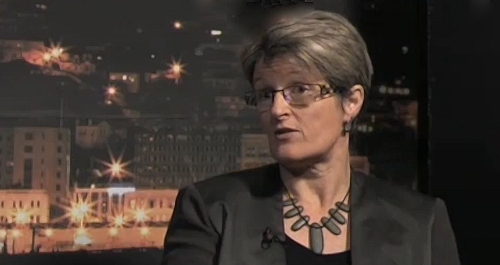 Channel 39 imagines that the city council’s finances have been “put in order” – proof the station isn’t investigative or breathing oxygen.

### dunedintv.co.nz December 24, 2013 – 2:05pm
Sue Bidrose
The Dunedin City Council had some turnover at the top late this year, after chief executive Paul Orders announced he was moving back to Wales after a two year stint. Orders’ time at the top was widely acknowledged as a period in which the council’s finances were put in order. The search to replace him resulted in a promotion from within.
Sue Bidrose took on the role in charge of more than 600 staff who run everything from rubbish collection to civil defence to economic development.
She came into the studio for a chat with chief reporter David Loughrey on subjects from motorbikes to stadiums to public service.
Video