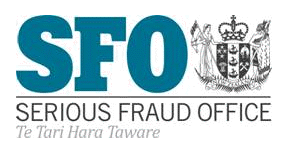 ### interest.co.nz
February 11, 2013 – 12:36pm
SFO eyeing rewards for whistleblowers similar to those now used in United States to catch Ponzi schemers, fraudsters
By Bernard Hickey
The Serious Fraud Office (SFO) has said it is in the early stages of considering whether to offer rewards, bounties and percentages of fines to whistleblowers providing evidence to detect serious frauds and the sorts of Ponzi schemes similar to the one run by Bernie Madoff. “There has been some early discussions,” SFO Acting CEO Simon McArley told a news conference before a seminar on Economic Crime in Auckland.
Read more