Channel 9 News preps us for outburst we don’t need

Announced:
Wednesday’s ODT features Earl Hagaman’s thoughts towards the New Zealand Historic Places Trust, in relation to demolition of the former Butterworth Building and the former Bank of Australasia in High Street.

Some time ago the property owner received resource consent to demolish and redevelop the site for a one-storeyed carpark building. That was old news. However, the buildings slid into raw neglect in the period the property owner delayed starting the development work.

This year, demolition was carried out, to MANY local people’s dismay and deep regret. Yeah, just another Christchurch developer that turns a blind eye to our local context, our civic history and (to be further explored and defined) our unique sense of place @ The Exchange. 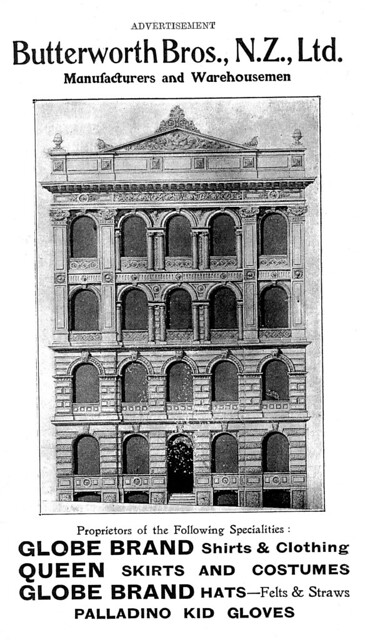 Built in 1883, Butterworth’s was designed by prominent Italian architect Louis Boldini – one of his few remaining buildings in New Zealand. The facade was remodelled in the Art Deco style sometime after 1938, losing its Italianate detail. More recently known as Smiths City, the building was demolished in September this year – contributing to a steady corporate destruction of the historic townscape fabric of The Exchange area. 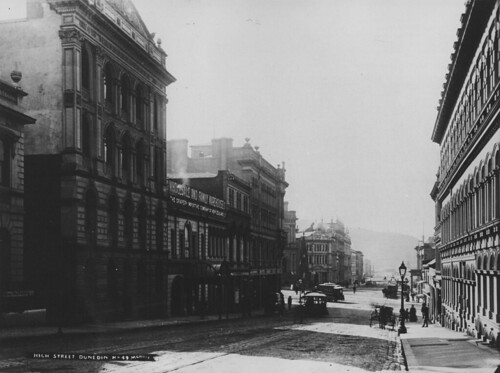 ODT noted recently that Earl Hagaman is one of the parties involved in negotiations (hag-gling????) for purchase of property needed to realign SH88 near the stadium. Hmmm.

We feel all warm and fuzzy, suddenly.

Earl Hagaman doesn’t appear to understand or accept the archaeological provisions of the Historic Places Act.

What a pitiful tirade he accomplishes in his letter to MPs and the media. Like a bear with a sore head.

We await the response of New Zealand Historic Places Trust, which is forthcoming.

Stadium: From the can-you-believe-it-really! file

After two weeks at the helm, David Davies said the stadium boasted some of the most advanced technological features in the southern hemisphere.

We’ve highlighted here some pretty “advanced” stadium designs, ones that utilise new technology, sustainable building practices and legacy planning. We’re not sure the featured statement from Mr Davies has any qualification; leaving out the detail is also the risk “we’ll believe anything”. Well, we won’t.

Time to dish the goods! The only sentence (oft repeated by CST) that speaks to sustainable practice has been the one about how much material from the site has been recycled. The rest is a yawning hole of non information. We realise it’s early in the construction process.

And. Let’s avoid little black book politics. We are the suspecting public.

Praising the council seems insipid alongside the cost of all this, including salaries, to prop up the rugby boys’ dream at our expense. This is not going to be a smooth ride, for anyone – the potholes are multiplying.