One of the most innovative and progressive stadium developments ever has been completed at the University of Minnesota. Below are a couple videos I came across on Discovery Channel over the weekend.

and this more recent one with a little more substance.

Ed: Paul
{You’re right Phil we do need to start adding who the Ed of each piece was – learning curves}. 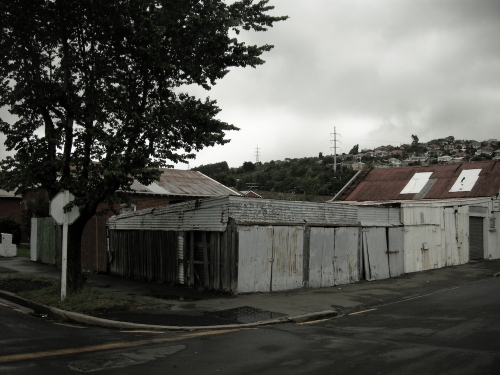 Not quite the environment conducive to a family fun tailgate BBQ, is it.

Alcohol abuse is one of New Zealand’s most significant problems, and events surrounding the Undie 500 last weekend had brought the issues to the fore, the Otago and Southland community and public health advisory committee heard in Invercargill yesterday.
Read more

He travelled from Balclutha to be part of the Undie 500 weekend for “a fun time”.

Midway through jumping over a burning couch on Friday night, Telford Rural Polytechnic student Matthew Scally (18) had a horrible thought. “I’m not going to make it.”
Read more

Also, ODT raises the point through council counsel Frazer Barton about personal liability – a good question. People at STS have previously been running with the theory that personal liability isn’t an issue due to the incorporated society status. Hmmm.

We look forward to the STS extraordinary general meeting – right now, the STS objectives are the same as they’ve always been. There is no mandate whatsoever for STS to turn into a ticket running at the next local government elections, although the names are coming forward in evidence.

Perhaps “the names” should call themselves something else, and not attempt to take the STS membership lists with them!

Undie issues (page 3)
By Dave Wood, acting editor
The core issue behind the Undie 500 mayhem will not be solved in the next year; probably not in the next decade. Binge drinking is too ingrained in the New Zealand culture.
{continues}

Who exactly was arrested, find out here…
First students* appear in court (page 5)
By Wilma McCorkindale
The first court appearances in relation to the weekend’s Undie 500 mayhem were made yesterday with three people appearing in the Dunedin District Court.
{continues}
*These people are not described as students in other media…

Time to play the Blame Game again (page 5)
Student scene with Morgan Tait
It is this time each year, in the aftermath of the infamous Undie 500 visit to Dunedin, that interested parties engage in many rounds of the Blame Game.
{continues}

Some estimates…
‘Biggest cost is city’s reputation’ (page 6)
By Michelle Sutton
The cost of Dunedin’s Castle St carnage cannot be accurately measured. The physical clean up has already cost thousands of dollars, but city leaders expect it to escalate as the city’s reputation suffers the biggest loss.
{continues}

A week of it (page 10)
“I know they will pull out all the stops to get the stadium finished on time. It may be that the concrete’s still drying as the players run out.”
Find out who said this…

STS is NOT a political party. Would you vote for these people?
‘Our votes the key to everything’ (page 11)
The Stop The Stadium group is to consider a change of direction to focus on replacing Dunedin City Council and Otago Regional Council councillors at next year’s elections. Newly elected STS president Dave Witherow says the last three years have been an all-time low for the city.
{continues}